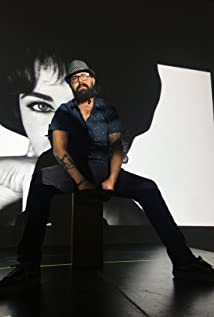 Director Jason Winn is an independent Director and Producer best known for such works as the critically acclaimed feature film The Fat Boy Chronicles , Lifetime Movie The Assault , and the soon-to-be-released family action-comedy Shifting Gears the horror film Dead Thirsty and the adult drama Let's Make it . With 20 years of extensive production experience under his belt, Winn has executive produced two feature documentaries and directed the award-winning feature documentary Spiral Bound . Winn's colleagues and former cast members attribute his continued success to his innate ability to inspire stellar performances from his actors as well as his intuitive talent for making films that are cerebral, emotionally charged, entertaining, and relevant. His ability to consistently deliver first-rate work and stirring performances demonstrates his vision and versatility. To date, Winn's most commercially successful work has been The Fat Boy Chronicles , a heartfelt and unflinching coming-of-age film that remained in the Top 10 most rented family movies on Netflix for over five years. In 2014, Winn directed the film The Assault , a bold, gritty and all-too socially relevant tale of a vulnerable, young girl who is the victim of a violent sexual assault and somehow becomes a pariah in her own community, due to the power and influence of social media, and the societal pressures facing today's suburban youth. The Assault, starring Khandi Alexander (CSI Miami) and Mackenzie Vega (The Good Wife), first aired on Lifetime Network on September 20, 2014, to rave reviews. The film garnered a three share during its primetime release and continues to air regularly on Lifetime Network. Winn's soon to be released family action comedy Shifting Gears is being touted as We Bought A Zoo meets Days Of Thunder on dirt. Shifting Gears, starring John Ratezburger, C. Thomas Howell, Brooke Langton, M. Emmet Walsh, MC Gainey, Adam Hicks and R. Keith Harris, is about an overworked dad in a dead-end job who spends his life-savings on a "family business", hoping it will draw his own family closer together. Instead, this life-altering decision ends up wagering the family's destiny on the unexpected racing skills of their teenage son. Winn took an artistic chance in 2017 when he directed the film Dead Thirsty, a political/horror/thriller, set in 1992, during a hallucinogenic drug-nightmare, infused with illicit partying and forbidden sex. It will be released this spring, nationwide, by Broken Glass Pictures. Winn then immediately went on to direct another adult drama, Let's Make It , adapted from the award-winning stage play by Grant McGowen, which is expected to be released this summer, 2018. Director Jason Winn is constantly striving to broaden and perfect his creative style. When not on set, he teaches young filmmakers at the University of North Georgia and through the Film Connection in Los Angeles California.

The Evil Inside Her