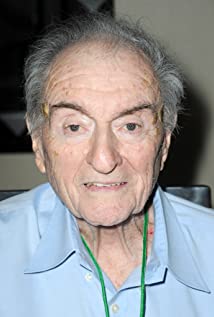 Character actor Jason Wingreen was born on October 9, 1920 in Brooklyn, New York City. The son of a Jewish tailor father, Wingreen grew up in the Howard Beach neighborhood of Queens. Jason attended John Adams High School and majored in English and Speech at Brooklyn College (he initially planned on being a sportswriter and wrote about high school sporting events for the daily newspaper the Brooklyn Eagle during his high school years). While at Brooklyn College Wingreen caught the acting bug after taking a mandatory speech course and joined the undergraduate theater group the Masquers, which he became president of in his senior year at college. Following graduation from Brooklyn College in June, 1941, Jason got his first show business job with a marionette company.Wingreen went on to serve in the armed forces during World War II as a member of the 81st Fighter Squadron, 50th Fighter Group, 9th Air Force. In the wake of his tour of duty, Jason returned to Howard Beach and went to the New School on the G.I. Bill. Wingreen helped to found the famed Circle in the Square Theatre company in Greenwich Village in the early 1950's and in 1954 acted for the first time on Broadway in the plays "Fragile Fox" and "The Girl on the Via Flaminia." Jason acted on his first TV show in 1955 and acted in his first movie shortly thereafter. In addition, Wingreen was a voting member of the Academy of Motion Picture Arts and Sciences since the early 1960's. Jason died at age 95 at his home in Los Angeles, California on December 25, 2015. He's survived by his son Ned, two grandchildren, and his sister Harriett Wingreen, who was the orchestra pianist for the New York Philharmonic for several decades.

Arthur 2: On the Rocks

Roots: The Next Generations