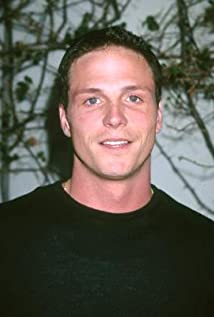 Born in Kansas City, Missouri, Jason Wiles grew up in Lenexa, Kansas. Undecided after high school and having passed up the opportunity to play college football, he began to work for the local Parks and Recreation Department. A year later the movie Mr. & Mrs. Bridge (1990) came to Kansas City. It was then that Wiles began pursuing his interest in filmmaking by working on the set. Not long after, the Sometimes They Come Back (1991), based on a Stephen King book, came to town and he worked on the crew as well as appearing in scenes as an extra. After forming some connections while working on these films, Wiles ventured to L.A., where he appeared in commercials before landing the lead in an after-school special. Many feel that his big break was a couple of years later when he took the role of Colin Robbins on Beverly Hills, 90210 (1990), though others are more aware of his talent from his current role as Bosco on Third Watch (1999). Recently he has begun to try his hand at directing and writing as well as theater. In the summer of 2002 he appeared in the Cape Playhouse production of "Mass Appeal" alongside Malachy McCourt, and in 2003 he was in Imua! Theatre Company's production of "Safe", which was co-written and directed by fellow Third Watcher Anthony Ruivivar. Upon completion of the final season of "Third Watch" 2005, Wiles began work on his independent film Lenexa, 1 Mile (2006) which he wrote and also directed. The movie wrapped in June 2005. In November 2006, Wiles traveled to Ely, Nevada, to direct Play Dead (2009) his second feature film.