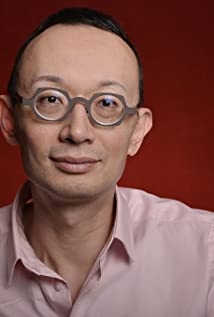 Jason Karman is a Vancouver-based screenwriter and director whose 17 short films have screened internationally at festivals including the Melbourne Queer Film Festival, Whistler Film Festival, and Telefilm Canada's Not Short on Talent at Clermont-Ferrand. Graduating in 2003 with honors in Cinematography from Capilano University, Jason has worked in documentaries, dramas, thrillers and dance on screen. In 2011, Jason received the Gerry Brunet Memorial Award at Vancouver Queer Film Festival for I'm in the Mood for Love, and in 2015 was the recipient of the Jury Choice Award at Reel Pride Winnipeg for Kimchi Fried Dumplings. He is the 2016 recipient of the James Lee Foundation Scholarship and the 2018 Normand Bouchard Memorial Bursary. Recently, Jason graduated from the University of British Columbia with a Master of Fine Arts in Film Production and Creative Writing. He is working on his first feature, Golden Delicious, an official selection of Telefilm Canada's 2020 Talent To Watch program.