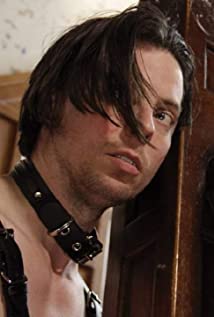 A Kentucky native, Jason started his film career with a bang, landing the lead role in the now cult classic zombie film, "Dead Moon Rising." Jason's comedic portrayal of Jim, the car rental clerk turned hero, boosted him into the spotlight.Since then, Jason has come to be referred to as the "Indie King" and "the bad boy of independent cinema". A "fearless" actor known for immersing himself within a character, Jason isn't afraid to take on both physically and mentally challenging roles. For his honest portrayal of Josh in the award winning film Harvest Lake, Jason won 3 different best actor awards.With the recent award winning performance in Harvest Lake and his harrowing and charismatic performances in films such as The Bad Man, Parallels, Space Babes From Outer Space, Violet and The Legend of Wasco, Jason has solidified his reputation as one of the best and hardest working actors on the independent scene.

Don't Fuck in the Woods 2

Hooker with a Hacksaw

The Legend of Wasco

Back in the Day