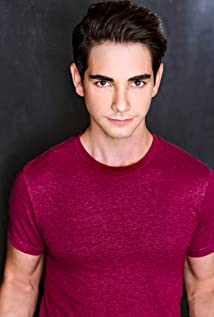 Jason was seen playing "Jimmy Bennet" on Criminal Minds. He also made his Los Angeles Stage Debut at the Los Angeles LGBT Center playing "Newbie" in the West Coast Premiere of Hit The Wall, a production that has gathered many accolades including Best Production, Best Director, Best Lead Performance, Best Featured Performance, Best Lighting, and Best Ensemble. Jason has also been seen performing in music videos for Five Finger Death Punch, The Vamps, Steve Grand, and Bart Baker. Jason recurs on Web Series such as Where the Bears Are, and How to Survive High School.Since moving to Los Angeles, Jason Caceres has been seen on numerous commercials including my AT&T app, Topps: Baseball Cards, DIFF: LA, Curacao: World Cup, Bullet Liner, and XXL Sports, to name a few. His TV credits include supporting roles on "America's Most Wanted" as "Lucas," "Sex Sent Me to the ER" as "Joseph," among others. Jason has also made waves in the film world starring in shorts, "The Restoration" as "Theo," "Truth or Dare" as "Cory," and "To: Mi Amor" as "Hector."Jason Caceres was born to a loving Cuban-American family in South Florida. He is the younger of two children, having been born with an older brother. Growing up, Jason participated in many extracurricular activities including Baseball, Karate, Swimming, Tennis, and Bowling. He had the opportunity to be involved with the Boy Scouts of America, where he dedicated much of his time for the next fifteen years of his life. It was here where he learned valuable skills such as Horseback riding, Camping, Archery, and even Cooking. Jason enjoyed the great outdoors and quickly became a leader of his Troop. He also took a shining to sports, competing in Basketball, Volleyball, and Baseball at a local level. He later went on to compete with his High School Varsity teams in Swimming and Water Polo eventually placing in the Florida Swimming Pool Association Competition.Jason was artistically inclined from an early age. Taking art classes from the age of five, he was encouraged to draw and write creatively. He became a published author at the age of fifteen when his poetry was published in the "Anthology of Poetry by Young Americans" two years running. He has also been very fortunate to have had artwork displayed at local museums in Downtown Miami. Around the same time, he began to look into the theater for other means of expressing his creativity.Jason Caceres graduated from Florida International University with a Bachelor's of Fine Arts in Theater Performance. He has performed in many productions at the academic level, including "The Ruby Sunrise," "Pride and Prejudice," "The Nutcracker," and "Arabian Nights."