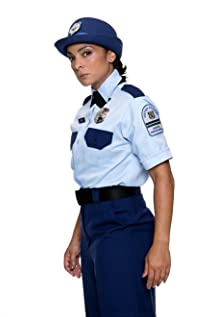 Actress-dancer-director Jasmine Guy has enjoyed a diverse career in television, theatre and film. She began her professional career at the Alvin Ailey American Dance Theater in New York City. Jasmine starred on Broadway in the original productions of Beehive and Leader of the Pack, and reprised hit productions of 'Grease', 'The Wiz' and 'Chicago' (as Velma Kelly). After years on Broadway and touring the globe, Jasmine landed the role of Whitley Gilbert on the Cosby Show spin-off 'A Different World'. She won six consecutive N.A.A.C.P. Image Awards for her portrayal of the pretentious but funny southern belle. Her other television performances include: 'Melrose Place' (with Heather Locklear); 'NYPD Blue' (with Jimmy Smits); 'Fresh Prince of Bel Air' (with Will Smith) and 'Living Single' (with Queen Latifah). One of her favorite roles was that of Roxy, the grim reaper meter maid on Showtime's hit series 'Dead Like Me' (with Mandy Patinkin.) Her most recent role as Grams on the popular series 'Vampire Diaries' can be seen on the C.W. Network. Jasmine has also worked with these great performers and directors in these films and miniseries: Spike Lee's 'School Daze'; Eddie Murphy's 'Harlem Nights'; Alex Hailey's 'Queen', and Debbie Allen's 'Stompin' at the Savoy'. She can be seen currently in the film 'October Baby'. Jasmine has worked extensively in theatre with Kenny Leon, Susan Booth, Andrea Frye and Pearl Cleage. She has starred in or directed many productions, including: 'For Colored Girls Who have Considered Suicide When the Rainbow is Enuf; 'Miss Evers' Boys'; 'Blues for an Alabama Sky'; 'The Colored Museum'; 'The Fourposter'; 'The Nacirema Society'; 'Broke-ology'; 'Fool For Love', and most recently, 'God of Carnage' at Atlanta's Alliance Theatre, where she also directed the world premiere of the opera 'I Dream', celebrating the life and journey of Martin Luther King, Jr. In 1991, she released her self-titled album on Warner Bros. Records, featuring the hit single 'Try Me'. 'Try Me' was produced by Full Force and features Xcape with Candy Burgess. The song shot up the R & B charts quickly to Gold status, and fueled the success of the album's second and third chart singles 'Another Like My Lover' and 'I Just Wanna Hold You'. In 2004, Jasmine penned the biography 'Evolution of a Revolutionary' (Atria Books), which chronicles the life and journey of Afeni Shakur - Black Panther, activist and mother of slain rapper Tupac Shakur. As a frequent motivational public speaker, Jasmine is called upon to share her story openly with those who may benefit from her trials and triumphs. Her continuing desire to blend balance and discipline with ambition and service continues to fuel her passion for the arts. She has traveled throughout the U.S. and appeared at more than a hundred speaking engagements, addressing diverse audiences at colleges, universities, conventions, corporations, affinity groups, churches, high schools and countless charitable and fund-raising events.

Wrapped Up In Christmas