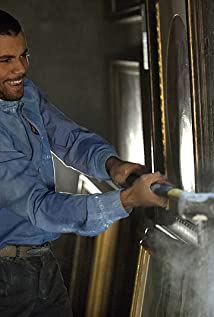 Few actors are able to create a diverse and impressive body of work as quickly as Jarod Joseph has. Born in Calgary, Alberta, Jarod grew up as an athlete, excelling in both hockey and basketball. Always the entertainer, Jarod never considered a career in the entertainment industry until a friend pointed out how suited to the business he would be.In 2007, Jarod packed up a few belongings and relocated to Vancouver in hopes of trying his luck as an actor. In a relatively quick manner, Jarod had established himself as a newcomer to watch, securing recurring roles on major American networks. Jarod was first cast in the blockbuster fantasy adventure film Percy Jackson & the Olympians: The Lightning Thief alongside an all-star cast including Sean Bean and Uma Thurman. This break was soon followed by guest star appearances on FOX's Human Target and AMC's The Killing. Jarod's red-hot career continued to build momentum with recurring roles on ABC's fantasy series Once Upon a Time, the J.J Abrams produced, FOX cult hit show Fringe, The CW's hit drama series The LA Complex and a series regular position opposite Thandie Newton, in DirecTV's original series Rogue.Jarod's star is on the rise and there are no signs of it slowing down. IN 2015, Jarod joined the cast of ABC's summer hit Mistresses for the show's third season and recently returned to shooting The CW's futuristic drama The 100 in the role of fan favorite Nathan Miller. He can also be seen starring as the lead on the Canadian series Coded, a role in which he received a UBCP/ACTRA Awards Best Actor nomination.