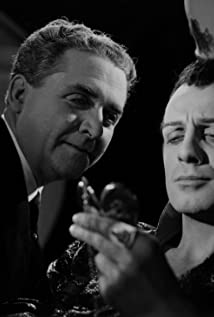 Hadn't it been for his school teacher, who managed to get him money for a theater education, he would probably never had become an actor. After two failed attempts at becoming a student at the Royal Dramatic Theatre's acting school he succeeded at the age of 19. During these years in the beginning of the 1950s he played against Inga Tidblad in the world premiere of 'Eugene O'Neill's 'Long Days Journey Into Night'. 32 years later he was in the same play again, this time directed by Ingmar Bergman. His capacity for work was truly amazing, some years he made several leading roles both in plays and films. He was also successful as Professor Higgins in Alan Jay Lerner's and Frederick Loewe's play 'My Fair Lady' 1959-1961. He became well known to the public with Lars-Magnus Lindgren's Love Mates (1961). During the 1960s he was busy with making movies and he himself directed The Bookseller Gave Up Bathing (1969) and Good-Bye Nana (1970). His work with Ingmar Bergman began in 1952 with Waiting Women (1952), continuing with Smiles of a Summer Night (1955) and with a grand finale in Fanny and Alexander (1982). He returned to the Royal Dramatic Theatre in 1982 and plays like William Shakespeare's 'King Lear', Hjalmar Bergman's 'Markurells i Wadköping' and Molière's 'Tartuffe'.

The Bookseller Gave Up Bathing

The Girl and the Press Photographer