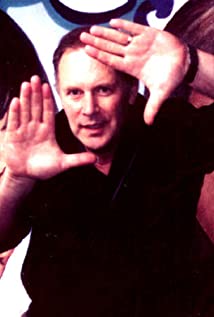 Born in Manhattan, New York to Charles E. Martin, prolific cover artist and cartoonist for the New Yorker magazine, and Florence Taylor, an artist and homemaker; Jared began acting at the age of thirteen when his parents gave him the choice of learning to play the piano or acting in the local children theater group. At 14 he attended Putney school where he continued his interest in theater and discovered sports. At Columbia University he initially expected to take part in the athletic programs, but later opted to focus on acting, as doing both took up too much time. His roommate at Columbia was Brian De Palma. While acting in plays and experimental films at Columbia and Sarah Lawrence College he spent a summer apprenticing with Joseph Papp's Shakespeare in the Park. After graduating college Jared tried the newspaper business, taking a job at the New York Times as copy boy and thumbnail book reviewer for the Sunday edition. Missing theater's excitement he left the Times and joined a summer stock company in Cape May, New Jersey; then spent a season with the Boston classical repertory, and eventually rejoined Papp at his new Public Theater in Manhattan, where he played Laertes in the modern rock-disco Hamlet with Martin Sheen and then Cleavon Little in the title role. He continued acting off-Broadway and made an unreleased film that caught the eye of a casting director at Columbia Pictures, who encouraged him to seek a career in Hollywood. He waited for his break for several years working as bartender, truck driver, and landscaper until becoming visible in various roles during the mid 1970s; notably the cult classic 'Westworld', the martial arts thriller 'Men of the Dragon', and the short lived science-fiction series, The Fantastic Journey co-starring Roddy McDowell and Carl Franklin. He is best known for his role as Steven "Dusty" Farlow, son of Clayton Farlow and boyfriend of Sue Ellen Ewing in the mega-hit Dallas. During and after Dallas he alternated between living in Rome starring in European films; and New York where he studied under Lee Strasberg, performed in Broadway's 'Torch Song Trilogy', and did soap opera (One Life to Live). In 1988 he relocated to Toronto to star in the TV version of War of the Worlds as Dr. Harrison Blackwood. After W.O.W. was canceled in 1991 Jared spent the next 2 1/2 years traveling in Africa and China and working on two novels. In 1994 entrepreneur Jeffrey Seder asked him to direct a film for Mayor Ed Rendell's 'Heroes of the Streets' campaign in Philadelphia. During location shooting he and Seder conceived the idea of a film-production themed educational non-profit to serve Philadelphia's inner city and migrant youth populations. Jared moved to Philadelphia and became BPA's Creative Director for the next 15 years; supervising over 2000 students and producing over 250 student films. He personally directed 30 films, garnering awards from Cine Eagle, Intercom, and the Chicago International Film Festival. After retiring BPA in 2010 Jared has begun another career as a fine arts photographer, studying under the painter Michael David. While in Beijing in 1998 he met Chinese classical dancer Yu Wei. They corresponded for two years and married in 2000. Jared has directed a dozen short films for Wei, who tours extensively. They live in Philadelphia's East Falls area and support a large collection of animals including a tribe of freeloading raccoons. Jared's son Christian is an executive at AETN. His two grandchildren, Charles and Emilia Grace, are busy tearing up the block on Baltic Street in Brooklyn.