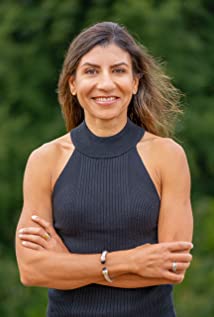 Jannat Gargi is an award-winning creative producer and film executive. As Head of Documentaries for VICE Studios, the global production division of VICE Media Group (VMG), Gargi is the creative force behind VICE Studios' documentary projects and lead programming strategy and content development. She was an executive producer of the animated documentary film Flee (2021), which won the Sundance Grand Jury Prize for World Cinema Documentary.Prior to joining VICE Studios, Gargi served as head of documentary films for Vulcan Productions, where she developed and produced a wide range of acclaimed, cause-based documentary feature films and series including Summer of Soul (...Or, When The Revolution Could Not Be Televised) which garnered both the Sundance Audience Award and Grand Jury Prize for U.S. Documentary Film (2021), The Reason I Jump (2020), Ghost Fleet (2019), Ballet Now (2018), STEP (2017 Sundance Jury Special Jury Prize Winner) and Oscar-nominated and Emmy Award winning Body Team 12 (2016). In her work as an independent producer, Gargi co-executive produced the Academy Award-nominated short documentary Knife Skills (2018) and produced the Emmy-nominated feature documentary CIRCO (2010).Gargi serves on the Board of Directors for the International Documentary Association and Washington FilmWorks and is the Co-Chair of The Redford Center, a non-profit that harnesses the power of media to engage people and galvanize environmental action.

Summer of Soul (...Or, When the Revolution Could Not Be Televised)

The Reason I Jump

We Live in Public

Gonzo: The Life and Work of Dr. Hunter S. Thompson