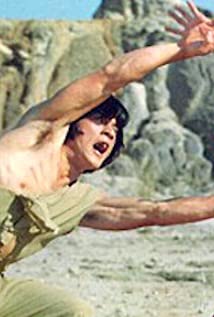 Hwang Jang-Lee is the ultimate bootmaster. Known for his powerful and deadly kicks on screen as well as off, Hwang has a reputation as the Lord of the Superkickers. Born in Japan, Hwang's family moved back to their native Korea, where at the age of 14, Hwang began taking the national martial art of Tae Kwon Do. Hwang went on to teach the Korean Army TKD, and during his service, he killed a Vietnamese knife fighter in self defense. Hwang began his film career in his native Korea. In 1976, Ng See-Yuen, the founder of Seasonal Films, hired Hwang to play the villain Silver Fox in The Secret Rivals, where he goes toe to toe with Chinese superkicker John Liu. Hwang went on to establish himself as the best on screen kicker anyone has seen. He even played the villain in the two films that boosted Jackie Chan's career, Snake in the Eagle's Shadow and Drunken Master. In 1980, after playing the villain for so long, Hwang directed, produced and starred as the hero in Hitman in the Hand of Buddha.After making many films, Hwang retired in 1990, where at first he ran a golf-tee manufacturing company and hotel in Seoul. He also suppsedly ran a bodyguard agency. Nevertheless, Hwang has established and stamped his Hong Kong career as the king of the Bootmasters. In 1994, Hwang starred in two low budget Korean films while running a hotel as well as a bodyguard service.

No Retreat, No Surrender 2