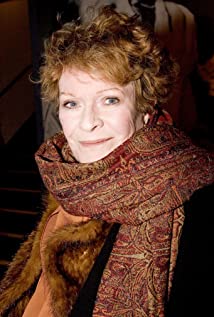 This alert and classy actress seemed poised for Hollywood stardom in the early 1970s. Although it wasn't meant to be, Janet Suzman has remained one of the more respected classical stage players of her time. Born in 1939, she was raised in a staunchly liberal household in South Africa at a time when the country was moving toward the formal racial discrimination of apartheid. Suzman studied languages at the multi-racial Witwatersrand University in the late 1950s and was an active member of the drama society. She left South Africa during the height of her country's oppression, and moved to England in 1959.Making her professional stage debut with "Billy Liar" in 1962, she almost immediately joined the Royal Shakespeare Company and received rave notices for her Joan of Arc in "The War of the Roses." She made her official London debut in a production of "A Comedy of Errors" in 1963. In the ensuing years Janet built up an impressive classical resumé portraying most of Shakespeare's illustrious heroines including Rosalind, Portia, Ophelia, Beatrice and the shrewish Kate. She also appeared in several BBC-TV versions of the classics.In 1969 she married director Trevor Nunn and together they collaborated on some of England's finest stage productions during the early 1970s, notably "Antony and Cleopatra" (1972), "Titus Andronicus" (1972) and "Hello and Goodbye" (1973), which won Suzman the Evening Standard award. She won a second for her role of Masha in the 1976 production of Chekhov's "The Three Sisters." They had a son, Joshua, before they divorced in the 1980s. Later work included notable roles in "She Stoops to Conquer," "The Good Woman of Setzuan" and her "Hedda Gabler."In the early 1970s she branched out into films. Following an auspicious turn in A Day in the Death of Joe Egg (1972), she won the coveted role of Czarina Alexandra in the florid historical piece Nicholas and Alexandra (1971) co-starring Michael Jayston, in which she enjoyed a sterling British cast in support - including Harry Andrews, Jack Hawkins, Ian Holm, John McEnery, Laurence Olivier and Michael Redgrave. Suzman received an Oscar nomination for her performance, and bigger things seemed inevitable. She went on to grace a number of films, including Voyage of the Damned (1976), Nijinsky (1980) and Priest of Love (1981).In a reprise of her real life family's activism, Suzman co-starred in the anti-apartheid film A Dry White Season (1989) portraying the wife of the Donald Sutherland character. The cast included other progressive activists such as Susan Sarandon and Marlon Brando (who received an Academy Award nomination for Best Supporting Actor). In a change-of-pace role, she played a Mother Superior in the hysterical farce Nuns on the Run (1990).In the 1980s Suzman was inspired to direct and coach. She was a visiting professor of drama at Westfield College, London, and later returned to South Africa to provide multi-ethnic castings in versions of Shakespearean plays. Making her directing bow in a production of "Othello" at the Market Theatre in 1987, some of her more notable assignments included "Death of a Salesman" (1992) and a reworked politicized version of Chekhov's "The Cherry Orchard" set in South Africa, titled "The Free State" (1997). In 2002 she returned to the RSC to perform in "The Hollow Crown," and most recently appeared in a London production of "Whose Life Is It Anyway?" (2005) starring Kim Cattrall.Into the millennium, other than a couple of films such as Max (2002) and Felix (2013), Suzman appeared primarily on the smaller screen in such TV series as Tinga Tinga Tales (2010) (as the voice of the Ostrich) and Sinbad (2012), and a role in the mini-series Labyrinth (2012).

The Colour of Magic

Nuns on the Run