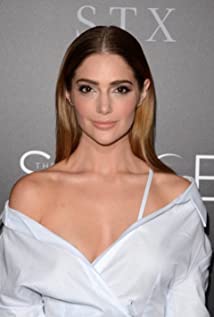 A native of Bournemouth in the UK, Janet Montgomery moved to London when she received a scholarship at a dance school. One of her first acting jobs was a guest star role on the critically-acclaimed UK teen drama series, Skins (2007), as Nicholas Hoult's love interest.Upon moving to Los Angeles, Montgomery was quickly cast in the Dark Castle film, The Hills Run Red (2009). In addition to guest-starring on FX's The League (2009), she recurred on the HBO series, Entourage (2004) as E's assistant and Drama's girlfriend. She was also a series regular on the Fox series, Human Target (2010), with Mark Valley and Jackie Earle Haley. More recently, Montgomery was the lead of CBS's Made in Jersey (2012).Montgomery played one of the dancers, opposite Natalie Portman, in Darren Aronofsky's Oscar-nominated psychological thriller, Black Swan (2010). She also starred in Jesse Peretz's Our Idiot Brother (2011), opposite Paul Rudd and Elizabeth Banks.Other recent projects include Dancing on the Edge (2013), with Chiwetel Ejiofor and Matthew Goode, as well as Spies of Warsaw (2013), opposite David Tennant. She just completed shooting the lead of the independent film, If You See Her (2014), and is about to start shooting the female lead in Salem (2014), the first original series for WGN.

The Republic of Two