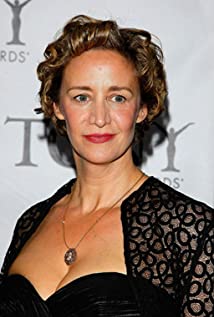 Janet McTeer was born on August 5, 1961 in Newcastle, England, UK to parents Jean and Allan McTeer. She was raised in York from the age of 6. She attended Queen Anne Grammar School for Girls, where there was not much opportunity for drama. She became interested in acting at age 16, when she saw "She Stoops to Conquer" at the York Theater. She worked as a waitress at the same theater, where she once served a coffee to Gary Oldman. He suggested that she apply to attend the Royal Academy of Dramatic Art (RADA), where he had just finished studying. She successfully gained a place at RADA. After graduation, she began her career acting on stage by joining the Royal Exchange Theatre.Her on-screen film debut came in Half Moon Street (1986), an erotic thriller based on a novel by Paul Theroux. In 2000, she received her first Oscar nomination for Best Actress in a Leading Role for Tumbleweeds (1999). She was awarded Officer of the Order of the British Empire in the 2008 Queen's Birthday Honours List for her services to drama.