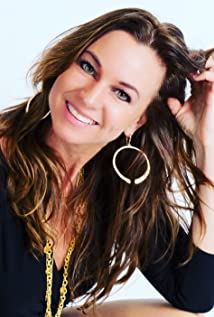 Elle Brittany, also known as Janelle Feigley, is a lifetime artist, in the most true of forms. As a child, Elle was involved in theater and dance from a young age, as well as athletics and the visual arts...doodling, drawing, and painting to pass time. A hard-worker, who began working 3 jobs by the age of 10, commuting by bike, to collect her paycheck. Her interest in people and the psychology of humans led her into a diverse career profile that has utilized her talents in the form of an actress, artist, high-energy stunt-girl, celebrity stylist and painter, as well as creative director, writer and film-maker. Her artwork is coveted in private collections across the globe, and she has had the pleasure to paint Taylor Swift, Joe Perry, Johnny Depp, Alice Cooper, Iris Apfel, among countless others, LIVE. Her passion for film and television now brings together all facets of her personality, as she takes on a variety of roles. Elle has portrayed characters that range from the busy mom and desperate housewife to the sophisticated socialite, edgy hipster to businesswoman and venture capitalist, as well as superhero to police officer, lawyer, and reporter. As an actress and a human, she gives 150% and is an over-achiever, by nature. Elle graduated college in 3 years, playing 2 Division 1 sports, and working 3 jobs, so it is no surprise that she loves taking on the challenge of new characters and enjoys doing her own athletic stunts. An absolute cheerleader of others, Elle prides herself in living authentically and wants to continue to be an inspiration to others -- reminding the world that we, as people, are all "Imperfectly, Perfect". Elle will continue to challenge herself in roles that showcase her versatility and she will age naturally, under Hollywood's scrutiny, doing her best to convey the writer and director's story, believably to the audience.

I Care a Lot