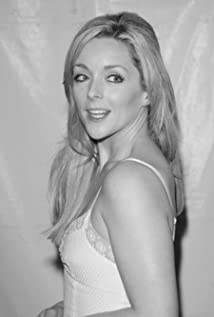 Jane Krakowski was born in Parsippany-Troy Hills, New Jersey, to Barbara (Benoit), a college theater instructor, and Edward Krajkowski, a chemical engineer. Her father is of Polish descent and her mother is of French-Canadian, Scottish, and half Polish ancestry.Jane was the winner of the 2003 Tony Award for her stunning and sultry portrayal of "Carla", in the Broadway musical "Nine", opposite Antonio Banderas. Her performance also earned her the Drama Desk Award and the Outer Critic's Award. Krakowski also stars in Alfie (2004), the remake of the famous 1966 film, alongside Jude Law. She has signed on to play Liza Minnelli in "Simply Halston", the biopic of the famous designer, who will be played by Alec Baldwin. Krakowski recently filmed Pretty Persuasion (2005) starring Evan Rachel Wood and James Woods. Other recent film credits include When Zachary Beaver Came to Town (2003), Go (1999), The Flintstones in Viva Rock Vegas (2000) as "Betty Rubble", Dance with Me (1998), Mrs. Winterbourne (1996), Stepping Out (1991), Fatal Attraction (1987) and National Lampoon's Vacation (1983). For television, Jane received a Golden Globe Award nomination for her portrayal of "Elaine Vassal" on Ally McBeal (1997).She also stars in NBC's remake of the Charles Dickens classic A Christmas Carol: The Musical (2004), opposite Kelsey Grammer. Other recent television credits include: Law & Order (1990), Everwood (2002), the ABC family movie Just a Walk in the Park (2002), and the miniseries, Queen (1993) (aka Alex Haley's "Queen"). Other Broadway credits include "Grand Hotel" (Tony Award and Drama Desk Award nominee), "Company", "Once Upon a Mattress", "Tartuffe" and "Starlight Express". In Los Angeles, California, she starred at the Mark Taper Forum in "Henceforward", for which she won the LA Drama Critics Award and the Dramalogue Awards, and played "Mabel" in the Reprise production of "Mack and Mabel". In addition to singing on several original Broadway cast recordings of shows in which she appeared, and the Ally McBeal (1997) Christmas episode compilation CDs, Krakowski also recorded the hit single track "You" with A/C hitman Jim Brickman on his recent album "Lovesongs and Lullabies".