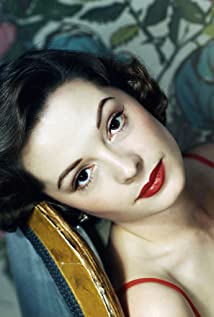 As a baby, she was winning beauty contests; as a teenager, with good looks and an attractive contralto voice, she was singing with big bands (most notably Enric Madriguera's orchestra in Latin Club Del Rio in Washington, D.C.. She met Rudy Vallee, her first husband, on the radio where she also enjoyed a brief stint as a singer. At age 15, an attack of palsy left her face partially paralyzed. She claimed that it was through facial exercises to overcome the paralysis that she learned the efficacy of facial expression in conveying human emotion, a skill she was renowned for using in her acting.

Where Love Has Gone