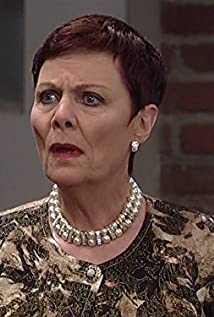 Jane Elliot was born Janury 17, 1947 in New York City. Despite never being academically taught acting (she took voice and acting classes instead), Elliott got an agent at age 17 who sent her auditioning for the most diverse roles which eventually jump-started her career. Elliott made her daytime debut in the short-lived ABC soap A Flame in the Wind (1964) in 1965. She later guest-starred in a number of television series, like Mod Squad (1968), _Kojak(1965)_ and Barnaby Jones (1973). Elliot also co-starred in films Change of Habit (1969) opposite 'Elvis Presley' qv) and Mary Tyler Moore, and One is a Lonely Number (1972). She had a lead role in the short-lived NBC series Rosetti and Ryan (1977) in 1977. On the set of Electra Woman and Dyna Girl (1976) Elliott met future soap icon Deidre Hall with whom she has become close friends ever since; prompting her to consider work in daytime television. Said and done: Elliot is best known for her role as Tracy Quartermaine, wealthy daughter of Edward and Lila Quartermaine, on the ABC daytime soap opera, General Hospital (1963). The role was especially created for her as legendary producer Gloria Monty took a liking on Elliott who had auditioned for the nowadays entirely forgotten role of Dr. Gina Dante vacated by Anna Stuart. Elliot debuted in 1978 and quickly became a fan favorite. Her first stint was highlighted by an iconic episode where Tracy withheld the heart medication from her father when he faked a heart attack. She left in 1980 and won a Daytime Emmy Award for Outstanding Supporting Actress in a Drama Series in 1981. The same year, she landed the recurring role of Judy Trent on the prime time CBS series Knots Landing (1979). Elliot starred as Carrie Todd in the CBS soap opera Guiding Light (1952) from 1981 to 1982, herself citing the character created by legendary head writer Douglas Marland as the most demanding role of her career. The character was revealed to be the killer of both Diane Ballard and Joe Bradley, and after marrying Ross Marler (Jerry Ver Dorn), was revealed to be suffering from a split personality. From 1984 to 1986 she played the role of Cynthia Chandler Preston Courtlandt on All My Children (1970), marrying Palmer Cortlandt for his money while having an affair with his son, Ross Chandler, whom Cynthia happened to be divorced from. That same year, Elliott's marriage to Luis Rojas, who was the father of her first son, ended. She moved back to West Coast and was a contender for the lead role of Stephanie Forrester on the soon-to-launch The Bold and the Beautiful (1987). Elliott happily accepted the role of the snooty Anjelica Deveraux on Days of Our Lives (1965) where she had an affair with the much younger Justin Kiriakis played by Wally Kurth and married Dr. Neil Curtis in spite of the fact that she was pregnant with Justin's child. In 1987 Elliot also appeared in the films _Some Kind of Wonderful (1987)_ 8qv) and Baby Boom (1987). After two years on "Days", she was lured back to "General Hospital" in 1989 and in 1991 was reunited with Kurth who was cast as Tracy's son, Ned Ashton. Jane left again in mid 1993 after a disagreement over her story-line direction due to conflict over her character's reaction to her daughter-in-law Jenny Eckert's teenage abortion. After being mentored by "Days"-producer Al Rabin on Valley of the Dolls (1994), Elliott was ready to embark on a whole new chapter of her career: In 1995 she became a producer on the newly revamped New York City soap The City (1995). When series star Morgan Fairchild left after her initial contract was over, network executives convinced Elliott to reprise her of Tracy Quartermaine to give the low-rated show some much-needed publicity. Following a brief stint on "GH" during which Tracy unsuccessfully tried to take over ELQ, Elliott became the new star of "The City" until its cancellation in 1997. On "The City", Tracy married into the mob, a story-line which would cross-over to "GH" years later. In 2003 Elliott once again moved to the West Coast and she shortly after returned to General Hospital as a regular cast member. Eventually she was paired with long-time friend Anthony Geary as Tracy and Luke were married in a drunken wedding, making Tracy's married name "Tracy Spencer", although she kept Quartermaine as her last name. In 2014, Elliott was nominated for another Daytime Emmy Award for Outstanding Supporting Actress in a Drama Series, 33 years after her win and 21 years since her last nomination.

Some Kind of Wonderful

One is a Lonely Number