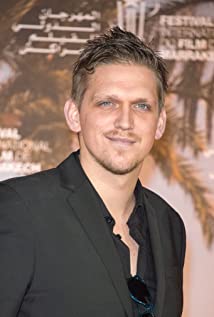 Born in 1978 in Hagen, North Rhine-Westphalia. In 2000, Jan-Ole Gerstner moved to Berlin, where he did an internship at the production company "X-Films Creative Pool" ("Run Lola Run", "The White Ribbon"). He then became Wolfgang Becker's personal assistant in the production of "Good Bye, Lenin!" Gerster began his studies in writing and directing in 2003 at the German Film and Television Academy in Berlin. During his studies he directed several short films and co-wrote with Wolfgang Becker the script of the "Krankes Haus" episode for the collective film "Deutschland 09". His first film "Oh Boy" was an unexpected success at the German box office. He also won numerous awards, are six Lola (the German equivalent of the Oscars). His second feature film, "Lara", a remarkable psychological study which, like "Oh Boy" is set over a 24-hour period, also won numerous awards, including the well-deserved Best Actress Award for Corinna Harfouch.

A Coffee in Berlin

A Friend of Mine