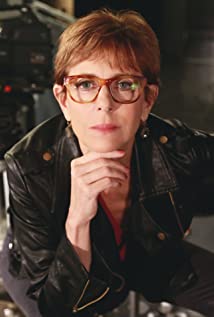 Award-winning writer/director, Jan Eliasberg, is making her debut as a novelist with Hannah's War, bought by Little, Brown in a bidding war, publication date: March 3, 2020.For readers of The Nightingale and The Alice Network, Hannah's War is a "mesmerizing" historical debut: "I flew through Hannah's War, a gripping true story of a brilliant woman physicist working to develop the first atomic bomb and the secrets she fights to protect as a military investigator ruthlessly uncovers her mysterious past." Martha Hall Kelly (The Lilac Girls; Lost Roses)A ceiling-shattering writer/director, Jan's film and television career began when she was hand-picked by Michael Mann to be the first female director on Miami Vice and Crime Story. Wiseguy, and 21 Jump Street soon followed, establishing her at the top of the field. Michael Mann remains Jan's mentor and collaborator to this day. . Jan has directed drama pilots for CBS, ABC and NBC, as well as films and theatre with some of the greatest actors of her generation: Frances McDormand; Michael B. Jordan; Tony Shalhoub; Michelle Williams; Paul Giamatti; Stanley Tucci, and John Turturro. She has directed hundreds of hours of award-winning television including Netflix's Thirteen Reasons Why; The Magicians; Bull; Blue Bloods, N.C.I.S.: Los Angeles, Criminal Minds, Parenthood; Nashville; Supernatural and countless others.A prolific screenwriter, Eliasberg wrote W.A.S.P. the story of the Women Air Service Pilots in WWII with Nicole Kidman and Cameron Diaz attached to produce and star; Mi Corazon with Jennifer Lopez attached to produce and star; Before I Sleep with Sophia Lillis (IT, IT2) attached to star; The Gemcutter, a YA magical Christmas movie for Sony Pictures, and a "hip-hop" Pygmalion for Warner Brothers. Jan is attached to direct all of her original screenplays.For television, she wrote the pilot, Salem, for FX, and Spirit of St. Louis for CBS. She has also been a writer/producer on television series such as Sisters for NBC/Warner Brothers.Jan received a B.A. from Wesleyan University (magna cum laude); M.F.A. degrees from the Yale School of Drama (directing) and the MFA Program for Writers at Warren Wilson (fiction). She is a graduate of the American Film Institute's Directing Workshop for Women.