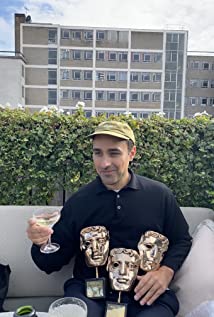 Jamie Demetriou is one of the UK's leading comedy actors, writer-performers and character comedians.His hit debut six-part series STATH LETS FLATS, which he wrote and stars in as the titular character, aired on Channel 4 in 2018 to critical acclaim. The series holds a 100% fresh rating on Rotten Tomatoes. Jamie will start filming the second series of the show in May 2019. He was recently nominated for an RTS Award for Best Writer (Comedy) for the series (he wrote 3 episodes with Robert Popper and 3 alone) and earlier this year was nominated for a Broadcast Award for Best Comedy Programme.He is currently writing, and will star in, PARIAHS - a 6 x 10' series - with Ellie White for BBC3, following a successful set of tasters that were broadcast on iPlayer.Jamie has also had a feature film script commissioned by Film4 and he wrote and starred in his own Sky Halloween Comedy Short, OH GOD, in 2016.As an actor, Jamie voiced Moriarty, opposite Johnny Depp's Sherlock, in Paramount's animation feature film SHERLOCK GNOMES. He also played the lead villain Mr Ahmad in the Netflix global-release feature GAME OVER, MAN! alongside the Workaholics team of Anders Holm, Adam Devine and Blake Anderson and from producers Seth Rogen and Scott Rudin.Jamie played The Professor in Working Title's smash hit, PADDINGTON 2, and can soon be seen in the role of Dimidius in HORRIBLE HISTORIES: THE MOVIE - ROTTEN ROMANS.Jamie can soon be seen in a regular role in Hulu / MGM's FOUR WEDDINGS reboot.Other recent television roles include Steve Coogan's THIS TIME WITH ALAN PARTRIDGE for BBC One, Julia Davis' hit series for Sky and HBO, SALLY 4EVER, and Phoebe Waller-Bridge's phenomenon, FLEABAG, for the BBC.