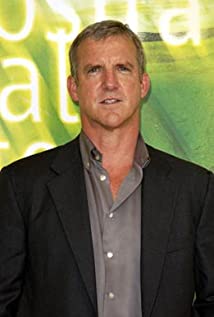 Virile, fair-haired, set-jawed actor Jamey Sheridan was born (on July 12, 1951) and raised in Pasadena, California. He turned to acting after a knee injury ended his pursuit of a dancing career.Beginning professionally on stage in 1978, he gained some momentum into the next decade and eventually reached Broadway where he earned a Tony Award nomination in 1987 for his potent performance in the revival of Arthur Miller's "All My Sons." He made his feature-film debut in Jumpin' Jack Flash (1986), starring Whoopi Goldberg, and started making the TV guest star rounds on such series as Spenser: For Hire (1985) and The Equalizer (1985) at around the same time.Sheridan received his first big on-camera break when he was cast in the title role of Shannon's Deal (1990), gaining quirky notice for two seasons as a highly unconventional attorney. From this series he moved to the already established Chicago Hope (1994) set, wherein he played a sympathetic role. Into the millennium, his best-known role was in the series Law & Order: Criminal Intent (2001) in the long-running (five seasons), less showy role of a police captain.Other support roles in the movies include Stanley & Iris (1990) with Jane Fonda, A Stranger Among Us (1992) with Melanie Griffith and The Ice Storm (1997) and Life as a House (2001), both starring Kevin Kline, followed by Nothing But the Truth (2008) with Kate Beckinsale and Matt Dillon, the title role in Handsome Harry (2009), and The East (2013) starring Elliot Page.While commanding some attention as a villain in the Stephen King miniseries The Stand (1994), Sheridan also turned in an interesting performance as actor/director Ozzie Nelson in the TV movie Ricky Nelson: Original Teen Idol (1999). He has been a steadfast presence these days in such series as Homeland (2011), Smash (2012), Arrow (2012) and Agent X (2015), while adding a strong presence in such biopics Spotlight (2015), Sully (2016) and Lizzie (2018) (as Andrew Borden).Success and satisfaction always came from the stage. Having never left the theater lights for long, Sheridan playing Brutus in "Julius Caesar" at New York's Shakespeare in the Park that also featured his wife, actress Colette Kilroy. Over the years, he has continued to grace the Broadway boards with stimulating performances in such sterling revivals of "Biloxi Blues," "Ah, Wilderness!," "The Man Who Came to Dinner," "Long Day's Journey Into Night," "A Moon for the Misbegotten," and "The Shadow Box." He also appeared in "God of Hell" in 2004. A versatile actor to be sure, Sheridan is the father of three.

Mea Maxima Culpa: Silence in the House of God