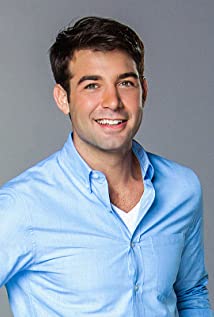 James Wolk was born in Farmington Hills, Michigan, to Edie (Elson), an art teacher, and Robert Wolk, a shoe store owner. His family is Jewish. James graduated from North Farmington High School, and worked in his father's store as a teenager. He graduated from the University of Michigan drama school in 2007, and won the role of 'Brad Cohen' in CBS/ Hallmark Hall of Fame's "Front of the Class". Based on the book of the same name, James beautifully portrayed Brad, who has been challenged with Tourette Syndrome from a young age but defied all odds to become a gifted teacher.In 2009, he landed the title role in the ABC pilot "Solving Charlie" directed by Gregory Hoblit. James plays a young detective who, after his estranged father passes away, learns he has an 11 year old half-brother by the same name. His father's last wish is for Charlie to raise his younger brother.James played the lead role of 'Robert/Bob Taylor' in the 2010 FOX pilot "Lone Star", directed by Marc Webb. James played a con man who has wives in two different Texas towns and leads a double life. The cast included Eloise Mumford and Adrianne Palicki as Bob's two wives, veteran actor David Keith as Bob's con-artist father, and Oscar winner Jon Voight as a powerful Texas oilman whose daughter is one of Bob's wives.James also appeared in the 2010 Disney feature film "You Again" with Kristen Bell, Jamie Lee Curtis, Odette Yustman, Sigourney Weaver, and Kristin Chenoweth.He resides in Los Angeles.