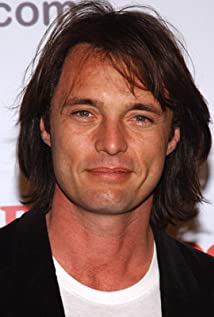 Neil Young wrote that it's better to burn out than fade away. But for actor/architect/designer James Wilder neither option is acceptable. Juggling artistic mediums like the three running chainsaws that earned him notoriety on the streets of New York and Los Angeles -- and later on stages throughout Europe -- Wilder is that rare breed of artist that is not drawn to the flame of fame and fortune but rather the exhilaration of a new challenge.Committing only to that which truly inspires him -- be it a film, TV or stage role, designing award-winning Hollywood Hills homes or an exclusive line of leather jackets and jewelry -- Wilder has been successfully merging creative spirit with entrepreneurial instincts since his early teens. It was then that he first discovered he could earn more money as a fire-eating/knife-throwing street performer than bagging groceries. And it was far more fun.Almost always judicious in his career decisions, it's been a while since Wilder found a project compelling enough to distract him from his other ventures. But the opportunity to play a duplicitous washed up screenwriter in the soon-to-be- released indie psychological thriller "Three Holes And a Smoking Gun" (formerly titled "Three Holes, Two Brads, And a Smoking Gun") was just too juicy a role to pass up.Co-starring Joaquim de Almeida, Rudolf Martin, and Richard Edson, "Three Holes And A Smoking Gun" has since accrued a slew awards -- including the "Grand Jury Prize" and "Best Lead Actor" (Wilder) at the 2014 Red Dirt International Film Festival, "Best U.S. Narrative Feature Film" at the 2014 Laughlin International Film Festival, and "Best Screenwriter" (Scott Fivelson) at a 2014 Downtown Film Festival Los Angeles. The film will also screen at the high profile Winter Film Awards in NYC (Feb 26, 2015) and the Garden State Film Festival (March 19-22) in Atlantic City prior to its early spring theatrical release.Raised in the bohemian enclave of Sausalito (outside San Francisco) where he attended an all-boys advanced learning institute, Wilder's paradoxically liberal upbringing allowed for the kind of creative freedom from which his maverick tendencies were born. At the age of 14 Wilder was living in his mother's native Paris, regaling audiences with his one man show at such legendary venues as the Moulin Rouge and Lido and later on Broadway. While there, he performed with the Nouveau Cirque De Paris, the precursor to Cirque du Soleil, before making his way to LA where he lived for several years in his customized van.It wasn't long before Wilder nabbed a role in the Broadway hit "Sugar Babies" while studying at the famed NY Actors Studio, at which he was later inducted as a member. Upon returning to LA his impressive range and determination quickly earned him a reputation as a fearless and committed actor. TV and film roles rolled in. Some were great, highlighting his scope, others not so much. But the one thing that remained constant was the recognition of his talent. From his breakout role as the troubled addict son of Ed Asner in the ABC Circle Theater presentation "Cracked Up" to his heralded star turn in the Emmy-award winning one hour legal drama "Equal Justice" (with Sarah Jessica Parker) and evocative characterization of a drug-dealing seducer on "Melrose Place," Wilder metamorphosizes with Kafka-esque ease from sleaze to tease, charming marauder to murdering psychopath and virtually every persona in-between.His film work included such diverse projects as "Scorchers" with icons Faye Dunaway and James Earl Jones, "Flypaper" opposite Lucy Liu, and "Nevada" alongside Angus McFadden and Gabrielle Anwar. He also appeared in (starred) "The Coriolis Effect," which won The Grand Prize (in its category) at the Venice Film Festival. But it was his scorching depiction of serial killer Carl Isaacs in the acclaimed Miramax film "Murder One" that definitively thrust him into the limelight. Wilder was featured in the pages of Vanity Fair alongside Alec Baldwin, Meg Ryan, Robin Wright, and Keifer Sutherland, GQ, Detour, and many other high profile titles. Often disinterested in the mainstream roles coming his way, he began turning his attention to the more provocative world of independent films and his passion for design and architecture.Untrained as an architect or interior designer, Wilder's keen eye and distinct vision has transformed a dozen empty lots throughout California into panoramic living art. From gothic to baroque, sleekly modern to vintage chic, each of designs boasts a singularly unique aesthetic, one of which was recognized by HGTV as among LA's top three most outstanding properties alongside a Frank Lloyd Wright design.Slowly the homes he built in his exclusive Hollywood Hills neighborhood have evolved into a loosely-structured artist's retreat inspired by Elia Kazan, Wilder's favorite renegade. Annie Leibovitz, Stanley Tucci, Blake Shelton, Tom Ford, Eddie Van Halen, Jesse James, and Stevie Wonder are just a few of the mar

Burning Down the House

A Face to Die For

To Love, Honor and Deceive