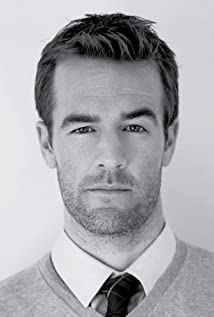 James David Van Der Beek was born on March 8, 1977 in Cheshire, Connecticut, as the oldest of three children of Melinda (Weber), a gymnastics studio owner and Broadway dancer, and Jim Van Der Beek, a cell phone company executive. He has a brother named Jared who was born in 1979, and a sister named Juliana who was born in 1981. James started acting at 13 after suffering a concussion playing football that prevented him from playing for a year on doctor's orders. He landed the role of Danny Zuko in his school production of "Grease." After that, the acting bug sank in and the next three years he spent time doing local theater. Around 16, he and his mother went to New York City to find an agent and possible auditions. A year later, he was cast in an off-Broadway play called "Finding the Sun." After doing another play called "Shenandoah" in 1994, James received an academic scholarship to Drew University in NJ, where he was working towards obtaining a major in English with a minor in sociology and also at that time he won the role of Rick Sanford in the movie Angus (1995). In 1996, he won a very small supporting role in I Love You, I Love You Not (1996) which starred Claire Danes. After that film his acting career was at a dead end and he decided to continue with his schooling and eventually made the Dean's list. The college experience soon became old for James, so he took some time off to travel and when he returned he auditioned for a role in Dawson's Creek (1998). He won the lead in the show, and his life changed forever. Though James has taken a hiatus from his college studies to shoot the series, he still plans to finish his degree. He has starred in several hit films over the past couple of years, like Varsity Blues (1999) andTexas Rangers (2001).