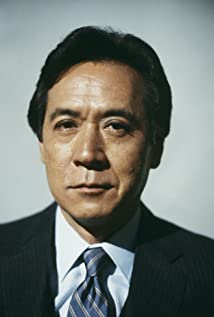 Hawaiian-born James Shigeta was, for a time, the biggest East Asian U.S. star the country had known for decades. His up-and-down career reflected the country's changing interest in films with East Asian themes, but, when called upon, he filled both A-movie starring roles and minor T.V. guest appearances with the same cool and classy style. An aspiring song-and-dance man early in his career, he had a series of romantic leading roles in the late fifties, culminating in his most important one, the lead in Ross Hunter's glitzy production of Rodgers and Hammerstein's musical, Flower Drum Song (1961). Supporting parts followed, his last showy turn coming again from Ross Hunter, with star billing and his own production number in the ill-fated musical remake of Lost Horizon (1973). Along the way, there have been many notable T.V. guest appearances showcasing Shigeta's facility with both sympathetic and villainous roles. His status as the foremost East Asian leading man of twentieth century U.S. film will endure undiminished by an erratic career.

The People I've Slept With

The Real Adventures of Jonny Quest