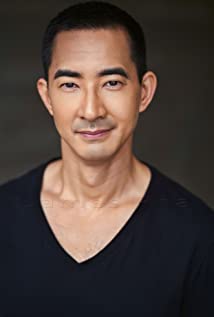 Born and raised in Mississauga, Ontario, Canada, James' first acting gig involved donning a motorcycle helmet to play the role of an astronaut in his Grade 4 musical production, "The Popcorn Man".But it wasn't until 2010 that James said, "Yes!" to his hearty adventure and decided to pursue his love of acting professionally in the beautiful city of Vancouver, British Columbia, Canada.Since then, James has consistently earned credits to his name on theatrical, commercial and television projects including The Flash (2014) (CW Network), Arrow (2012) (CW Network), Zoo (2015) (CBS), Lucifer (2015) (FOX), The Killing (2011) (FOX/AMC) and numerous MOWs on Hallmark and Lifetime. Some of his most memorable performances include a Guest Star appearance on Level Up (2012) (CARTOON NETWORK) where James played the role of Hideo Nishiyama, a Japanese multi-billionaire game designer hell-bent on destroying his arch rival Max Ross (played by Lonny Ross).In addition to being one of the most fun projects James has ever worked on, it also goes down in the record books as being the one with the most costume changes and hair extensions - Yowza!James credits his work ethic and commitment to never-ending improvement in his success as a sought after Vancouver Asian Actor. Be sure to catch him in Season 6 of The Flash (CW Network).