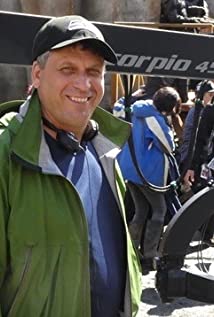 James was born in New Westminster, B.C., Canada. He went to high school in North Delta, B.C. and then later Camosun College in Victoria, B.C., where he studied applied communications.His father, Royden Marshall, was a switchman for the B & N railroad and his mother Amy Hoskins worked in retail. He is very proud of his brother Wayne who has spent his life working with special needs children. He married Lisa Battersby in 1990 and she been his strength and creative partner for almost 25 years.James' first job in television was at a small market T.V. station in Alberta where he created wrote and produced a children's series called "Kids & Company." It won a national award and gave him the confidence to return home to Vancouver to try and become a director in the burgeoning film industry. He quickly landed a job as a production assistant on the movie "Year of the Dragon," and has passionately pursued a career in film ever since.He has directed close to one hundred episodes of television including Falling Skies, Smallville, Charlie's Angels, The O.C., Tarzan, Birds of Prey, Charmed and Dead Like Me. He has also produced more than one hundred and sixty episodes of television. He has won awards for directing as well as producing.James was the producer/director on the WB series Smallville; the longest running genre show in the history of television, and one of the few series to run for ten years in succession. He joined the series early in its first season, directing 26 episodes over the run of the show and becoming the Executive Producer in season five. He also was the Co-Executive Producer on the series Tarzan.James has managed to channel his love for the arts and business into a successful 30 plus year career in the film industry. He is proud member of the Director's Guild of Canada and the Director's Guild of America. He has recently been working and developing projects in the field of Transmedia and in Oct of 2011 he had the pleasure of speaking in New York at Columbia University on the subject of Transmedia and storytelling.