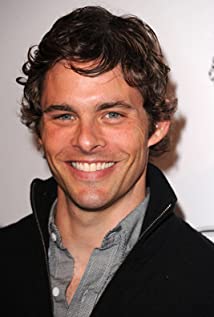 James Paul Marsden, or better known as just James Marsden, was born on September 18, 1973, in Stillwater, Oklahoma, to Kathleen (Scholz) and James Luther Marsden. His father, a distinguished Professor of Animal Sciences & Industry at Kansas State University, and his mother, a nutritionist, divorced when he was nine years old. James grew up with his four other siblings, sisters, Jennifer and Elizabeth, and brothers, Jeff and Robert. He has English, German, and Scottish ancestry. During his teen years, he attended Putnam City North High School which was located in Oklahoma City. After graduating in 1991, he attended Oklahoma State University and studied Broadcast Journalism. While in university, he became a member of the Delta Tau Delta fraternity.While vacationing with his family in Hawaii, he met actor Kirk Cameron, and his actress sister, Candace Cameron Bure. They eventually invited James to visit them in Los Angeles. After studying in Oklahoma State for over a year and appearing in his college production, "Bye Bye Birdie", he left school and moved to Los Angeles to pursue his interest in acting. James got his first job on the pilot episode of The Nanny (1993) as Eddie, who was Margaret Sheffield's boyfriend. He then became part of the Canadian television series, Boogies Diner (1994), which aired for one season. After that series ended, he got a brief role as the original Griffin on Fox's Party of Five (1994). His first big break came when he became the lead on the short-lived ABC series, Second Noah (1996). Although the show didn't last long, the young actor received enough exposure from the public and even managed to win the hearts of fellow teenage girls. In 1996, he attended an audition for a movie titled Primal Fear (1996) but unfortunately lost that role to Edward Norton. Two years later, he was offered a lead role in 54 (1998), which he turned down. The role later went to another actor, Ryan Phillippe.James' star power increased when he starred in David Nutter's Disturbing Behavior (1998), alongside Katie Holmes and Nick Stahl, which had mixed reviews, but mostly positive ones. His role in the television series as Glenn Foy in Ally McBeal (1997), is probably one of his biggest achievement to date. He became one of the main cast members during the first half of season 5, where he showcased his singing abilities. It was in that show where he was able to grab the attention of audiences from different backgrounds. The 5' 10" star later played Lon Hammon Jr. in the romantic movie, The Notebook (2004), which was based on a novel by Nicholas Sparks of the same name. His movies, Lies and Alibis (2006) and 10th & Wolf (2006) was also released around the world to audiences in the year 2006. One of his most memorable roles to fans is his role as Cyclops in the X-Men (2000) movie franchise. The movie was well accepted by audiences and critics, which eventually made James one of the hottest stars since it was released. He was among the actors who starred in all three of the X-Men movies. James had the honor of working alongside Patrick Stewart, Famke Janssen and Hugh Jackman in the film. However, not many people know that he actually had to wear lifts for most of his scenes in the X-men movies, because his character Cyclops is supposed to be 6" 3" compared to a 5' 3" Wolverine. In reality, he is actually under 6' 0", shorter than Famke Janssen who plays his love interest, Jean Grey, and even shorter than Hugh Jackman who played Wolverine.In the year 2006, he played Richard White in the highly anticipated movie, Superman Returns (2006), which coincidentally was directed by Bryan Singer, who also directed previous X-Men installments. Although he appeared in X-Men: The Last Stand (2006), the third installment of the X-Men franchise, many would notice that he in fact had more screen time in 'Superman Returns', as Lois Lane's long awaiting fiancé who had to accept the fact that his fiancée is in love with the man of steel. James earned great reviews from that movie, which led to him getting more movie roles. In 2007, James played Corny Collins in the film Hairspray (2007), an adaption of the Broadway musical based on John Waters movie, Hairspray (1988). He joined a star-studded cast, starring alongside top names such as John Travolta, Queen Latifah and Michelle Pfeiffer. James not only acted in that movie, but also sang two of the film's songs, "The Nicest Kids In Town", and "Hairspray". Being part of Hairspray catapulted James to a different level of stardom as audiences got to see another side of him. His next role was in the Disney movie, Enchanted (2007), playing Prince Edward, where he acted alongside Amy Adams, Susan Sarandon and Patrick Dempsey. Once again, James had the opportunity to sing in two songs from the movie, "True Love's Kiss" and "That's Amore". Enchanted (2007) appealed to not only older audiences but also to those who were fans of Disney's network productions. Following his huge success in t

My Little Pony: A New Generation