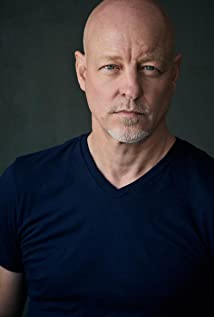 James was born in Columbus, Ohio. Since his father was a salesman, the family spent much of James' youth in different cities throughout the Midwest and finally settled down in Oconomowoc, Wisconsin. It was there that James' love of theater was born. Encouraged by his high school drama teacher, Vic Passante, James applied to the University of La Crosse, Wisconsin for theatre. As a freshman, James landed the role of Max in Bent, and from there went on to play numerous leading roles in productions at the university. He also started to cultivate his writing and performance skills as a founding member of J. GECKS, a comedy improv troop that toured the state.After two years at La Crosse, James was accepted into New York City's renowned Circle in the Square Theatre School. The summer after his first year, teacher and director Michael Kahn secured a scholarship for James to attend the Chautauqua Theater Conservatory where James played Kilroy in Camino Real, directed by Mr. Kahn.A month after graduation from Circle, James landed his first professional acting job as bad boy Blade, on Another World. Despite the fact that the three-month role turned into a series regular, he turned down a two-year contract after being cast in John Hughes' Some Kind of Wonderful. While in Los Angeles, James was cast as the lead in the CBS pilot B-Men, which was immediately picked up and then mysteriously dropped. Apparently the world was not quite ready for teenage bounty hunters.Missing NYC and the theater, James headed back east, where he continued to hone his acting skills. He became a member of Ensemble Studio Theatre and participated in several of their one-act marathons and main stage productions, one of which was the premiere of Joyce Carol Oates' Gulf War. E.S.T produced his one-man show Big Frame Shakin'--which he wrote and performed--and which was then optioned by HBO. The New York Times said of Big Frame: "Macdonald's kaleidoscopic chronicle of growing up in America in the 1970's taps its own touching threnody [as] Macdonald, leads us quietly into his helter-skelter world." Other New York theatre highlights include Man At His Best, at Playwrights Horizons, and over two hundred performances of the Heidi Chronicles on Broadway featuring Mary McDonnell and Brooke Adams.His favorite regional productions include roles in the Steven Dietz play God's Country, William F. Buckley Jr.'s Stained Glass at the Humana Festival of Louisville and the role of Jack Hunter in Tennessee Williams' The Rose Tattoo with Olympia Dukakis at the Whole Theatre.Since moving back to Los Angeles twenty years ago, he has appeared in dozens of TV series, pilots and feature films, including Uli Edel's Last Exit to Brooklyn, Spike Lee's Malcolm X, John Dahl's Joy Ride, John Woo's Broken Arrow, Clint Eastwood's Space Cowboys, Joel Schumacher's Tigerland & Phone Booth, Ron Shelton's Hollywood Homicide, and opposite Jessica Biel in Home of The Brave.He is the recipient of a Garland Award for writing and creating the lead role of F.W. Murnau in Zoo District's theatrical production of NOSFERATU and a Best Lead Actor award at the FirstGlance Film Fest Hollywood for the indie film Fissure. For James' writing and directorial debut, short film Heavy Lifting, he garnered awards in the categories of Best Director, Best Screenplay, Best Actor and Actress. The film went on to win Best Picture at the renown NYC PictureStart Film Festival.Among his L.A. Theatre credits: James appeared at Arcade in the play Bed, written and directed by Michael Patrick King and An Adult Evening of Shel Silverstein, directed by Dan Bonnell at the Odyssey Theatre. James has written several plays for the Los Angeles stage, one of which, Slim, a full-length with original music, was produced at Arcade in Culver City. His play The Mickey Tiles Project was work-shopped at the Mark Taper Auditorium in the Downtown Los Angeles Public Library, and his play Bela Lugosi is Dead, which he also directed, was included in the IAMA Theatre Company's IAMAFest. Most recently his play LANCASTER MELODY (featuring his original music) was work-shopped in Ensemble Studio Theatre's annual WinterFest.James continues to act, write and direct. He shares his life with his wife Karen Rizzo, a writer, their two children, and a giant husky-mix in L.A.'s Highland Park--apparently now the hippest neighborhood in L.A., or so says the Los Angeles Times.