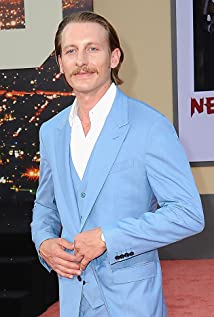 Some would say that actor James Landry Hébert (pronounced "Ayy-Bear") was born in Lafayette, LA in 1984. Others would argue that after spending most of his adolescence on an Indian reservation the actor was born while studying theater at Louisiana State University. And still others, James included, believe his birth is an ever ongoing process that grows closer with each new role. Returning to his beleaguered home state after hurricane Katrina, Hébert discovered a growing Hollywood boomtown which he was only too eager to take part(s) in. Cutting his teeth as Brad Pitt's stand-in on The Curious Case Of Benjamin Buttons led to work in casting. But it wasn't until his turn as the heavy, "Webb", in the Texas thriller, Two Step, that James's career lived up to his talent. His first feature lead premiered at SXSW with glowing reviews, most notably for Hébert's work, which The Hollywood Reporter called "a riveting performance." In addition to his environmental activism and humane horsemanship, James continues to collaborate with some of the most respected filmmakers of our generation and, now, shares the screen with actors like Brad Pitt in Quentin Tarantino's Once Upon A Time in Hollywood.