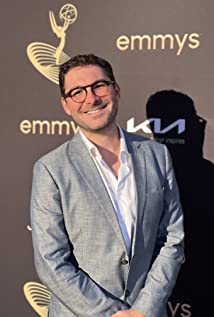 Director James Kicklighter spent the first eighteen years of his life in Bellville, Georgia, population 123. Since then, he has gone on to become a multi-award winning film director and producer. His work has been recognized by the world's press, including The Hollywood Reporter, The Times of India, Film Courage and FilmInk Australia.Kicklighter recently produced Every 9 Hours (2019), the directorial debut of novelist Jim St. Germain (A Stone of Hope) and Emmy-award winner Adam Margolis, premiering at the 2019 Vero Beach Wine and Film Festival. Every 9 Hours (2019) is a modern-day exploration of skin color and gender and how they affect one's ability to participate in relationships and society. Every 9 Hours (2019) stars Philip Smithey ('Code Black,' 'Grace and Frankie'), Elisabeth Ferrara ('Lethal Weapon'), Kahyun Kim ('American Gods'), and legendary actor Danny Trejo ('Machete', 'Predators').In May 2019, Kicklighter began post-production on The Sound of Identity, a documentary following the journey of Lucia Lucas, the first transgender opera singer in history to take the leading role. The film shot on location in Tulsa, Oklahoma where she made her debut with the storied Tulsa Opera in Mozart's Don Giovanni. The film features prolific composer Tobias Picker, Royal Opera's Denni Sayers, The New York Times journalist Michael Cooper, amongst other global leaders in opera. Under Kicklighter's direction, Lucia's Voice is produced by the Emmy-award winning Kirkpatrick & Kinslow Productions with executive producer Joshua Bachove ('The Little Hours) for release in 2020.In 2018, Kicklighter directed Angel of Anywhere, the story of an empathetic stripper who plays therapist to his many damaged clientele and co-workers. Angel of Anywhere (2018) stars Briana Evigan (Step Up Movie 2: The Streets), Ser'Darius Blain (Jumanji: Welcome to the Jungle), and introduces Axel Roldos as Angel. Earning numerous critical accolades, the film won Best Narrative Short at the 2018 Macon Film Festival. Additionally, Angel of Anywhere screened at nearly two dozen global film festivals, including the Academy Award qualifying Hollyshorts and Sidewalk Film Festivals. Angel of Anywhere was distributed internationally by Hewes Pictures on broadcast television through ShortsTV and Amazon Prime. It was also acquired in 2019 by the digital platform Omeleto for its four million subscribers.Released theatrically by Luminosity Pictures in India just after Kicklighter's twenty-fifth birthday, his first feature film, Desires of the Heart, was an official selection of the 2014 Cannes Marché du Film and winner of Best Foreign Film at the 2013 Los Angeles Femme Film Festival. Desires is the story of Dr. Kris Sharma (Val Lauren Interior. Leather. Bar., Sal) a psychiatrist from India practicing in Savannah, Georgia when he meets Madeline (Alicia Minshew "All My Children"), a local artist with a mysterious past. As their relationship begins to blossom in America, Kris is summoned home by his brother (Gulshan Grover I Am Kalam) to marry the woman chosen by his parents. But as he begins to make decisions about his future, he discovers centuries old secrets that may seal the fate of his destiny. Filmed on location with an international cast in crew in India's state of Rajasthan and Savannah, GA was an official selection of numerous festivals across the United States and around the world, including the Cannes Marché du Film and was the winner of Best Foreign Film at the LA Femme Film Festival.He was the Film Director for Hillary Clinton's 2016 Presidential Campaign in Virginia, directing content featuring Sen. Tim Kaine, Sean Astin, Lena Dunham ("Girls"), Kate Walsh, ("Grey's Anatomy") Bellamy Young ("Scandal"), Constance Wu ("Fresh off the Boat"), Miley Cyrus, Olympic figure skater Michelle Kwan, former secretary of state Madeleine Albright, amongst other public and political figures. However, his favorite memories include directing profiles private citizens, including American heroes like Sgt. Jimmy Ochan.He serves on the Advisory Board for the Department of Communication Arts at Georgia Southern University, his Alma mater, where he was recently chosen out of over 30,000 living graduates to be listed on the inaugural "40 Under 40 Alumni" for "impact in business, leadership, community, educational and/or philanthropic endeavors."He resides in Los Angeles, California and still can't believe he gets to work across the country and around the globe.