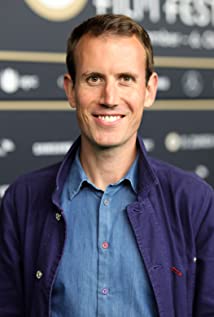 James Jones is an Emmy-winning British director who makes documentary films for international television and theatrical release.His documentaries tell extraordinary human stories from some of the world's most difficult and dangerous places. The films combine journalistic rigour with a distinctive cinematic sensibility. He has made films about police shootings in America, the drugs war in the Philippines, suicide in the military, wars in Ukraine, Iraq, and Gaza, undercover investigations in Saudi Arabia and North Korea, and riots in the UK.His films have won two Emmys, three DuPonts, a Grierson, a Rory Peck, a Frontline Club, a Royal Television Society, a Broadcast Award, two Overseas Press Club of America, two Golden Nymphs, Best UK Feature at Raindance, and a Venice TV Award, as well as being nominated five times at the BAFTAs.His last film on the drug war in the Philippines - On The President's Orders - for Frontline PBS, ARTE France, BBC Storyville and Bertha Doc Society, described by Variety as "a wholly cinematic, sensory experience", played at festivals and won awards around the world. He is currently finishing a feature documentary for the BBC about the largest social unrest in the UK for a generation.

On The President's Orders