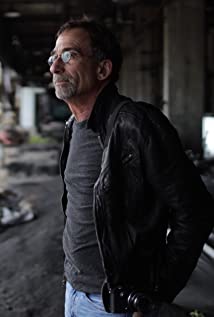 Jim is a multiple Emmy Award nominee who is equally adept at both comedy and drama. He has directed a vast array of cable and broadcast series, from ABC's Desperate Housewives to HBO's groundbreaking series The Sopranos. Jim has also been the Executive Producing Director for two long-running dramatic series: ABC's Ugly Betty and CBS's Judging Amy. He has directed nine pilots in his career, of which six have been picked up to series.After graduating from New York University Graduate Film School with a Masters of Fine Arts Jim worked as a cinematographer in New York.He won the Hong Kong award for best cinematography for his work on An Autumn's Tale. He also photographed the 1988 film Tokyo Pop and the feature film version of Buffy the Vampire Slayer. As a cinematographer on the acclaimed television show Northern Exposure, Jim got his first directing gig, for which he earned a DGA award nomination for the episode "Jules & Joel".In the fifteen years since, Jim has directed numerous pilots including Dangerous Minds, and To Have and To Hold, as well as numerous episodics such as The Sopranos, ER, Law & Order, House, and Desperate Housewives, to name a few.In addition to directing, Jim has also worked as an Executive Producer on Judging Amy, Joan of Arcadia, Ugly Betty, To Have and To Hold, and Dangerous Minds several of which have garnered various awards, including 2 Emmy nods and 1 Golden Globe win.Jim is also a well known documentary film maker. He helped make the film The Man From Hope which followed Bill and Hilary Clinton through the 1992 campaign and was showcased at the Democratic Convention that year and later heralded as a strategic aspect of Bill Clinton's victory in the election. This past November, Jim traveled to central India to document the 50th anniversary of the East West Gathering.He is married to actress Annie Potts with whom he has 3 children, Clay, Doc and Harry.

Revenge of the Bridesmaids