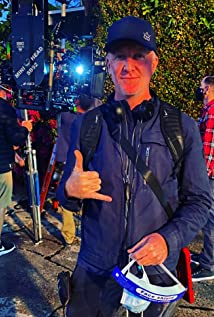 James Hanlon is an award winning American TV Executive Producer / Director . He has directed Animal Kingdom TNT , numerous NCIS Los Angeles CBS, Chicago Fire NBC and ABC's Station 19. James was born in the Bronx, New York. He grew up in a large family of 8, his parents both had long distinguished careers at The New York Daily News. James studied acting at 21 yrs old with Stella Adler and also with James Price at The Acting Studio-New York with in New York City. He performed in 23 plays in NYC and regionally and guest starred on many NY shows. He worked at The Daily News(1989-1994), and then joined the FDNY in 1994 as a NYC firefighter. In 2001 shooting a documentary about a Probie firefighter, his iconic and historic film became the Award-Winning film 9/11, which aired on CBS. James Hanlon was a Director/Producer/Cinematographer. He received The Emmy Award, The Edward R. Murrow Award and The George Foster Peabody Award and the Satellite Award.He retired from the FDNY as a decorated veteran in 2007. James is a proud graduate of the Directing Program at UCLA and a member of the Academy of Televison Arts and Sciences. James' work has teamed him with Ang Lee, Martin Scorsese, and Gary Marshall and Sidney Lumet. James was Det Pierson CBS Cold Case. and Det. Joe Van Stone on the Lifetime series The Protector.James is the Executive Producer and Director of the updated going documentaryseries 9/11: Fifteen Years Later for CNN which has become the most-watched television documentary of all time. This unprecedented and exclusive insider's account of the World Trade Center attack contains the only known footage of the first plane striking the World Trade Center and from inside Ground Zero during the attacks.