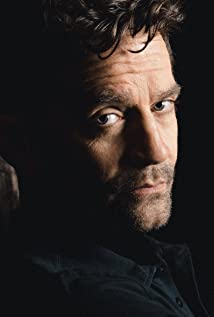 James Frain is one of Hollywood's most versatile and respected actors who has a reputation for bold, intelligent performances in a diverse body of work in which he's collaborated with some of the finest actors and directors working today.Recent film work includes Disney's TRON: Legacy opposite Jeff Bridges and Fox's Water for Elephants opposite Reese Witherspoon and Robert Pattinson and Transit opposite James Caviezel for producer Joel Silver.In television, he most recently starred in Season 3 of HBO's True Blood in which he portrayed the much-talked about character of Franklin Mott. Previously, he played Thomas Cromwell for three seasons in Showtime's critically acclaimed drama, The Tudors.James' past film credits include The Count of Monte Cristo with Jim Caviezel and Guy Pearce, Where the Heart Is opposite Natalie Portman, Reindeer Games with Ben Affleck and Charlize Theron, Into the Blue with Paul Walker, Elizabeth with Cate Blanchett and Hilary and Jackie opposite Emily Watson.He has recently completed filming starring roles in the BBC miniseries Bert & Dickie, the independent film Born of War, Lone Ranger for Disney and director Gore Verbinski opposite Johnny Depp and Armie Hammer, and BBC/Starz! series The White Queen.James has an extensive theatre background having performed with The Royal Shakespeare Company, Almeida, and Royal Court. In 2007 James co-starred with Ian McShane on Broadway in The Homecoming for which the cast won The Drama Critics Circle Best Ensemble Award.Born in the north of England he earned his degree in Drama and Film at the University of East Anglia and studied acting at London's Central School of Speech and Drama.While studying in London, James was spotted by Sir Richard Attenborough who immediately cast him in his first feature Shadowlands opposite Sir Anthony Hopkins and Debra Winger.