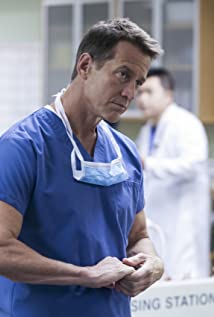 The second of three children born to a dentist and his wife in Nashville, Tennessee, Denton grew up in Goodlettsville, Tennessee, attended Goodlettsville High School, briefly played basketball at a junior college, then went on to graduate with honors from the (national champion) University of Tennessee at Knoxville, snagging a degree in advertising as a television/journalism major on the way out the door. Even though his father was involved in community theater, Jamie didn't jump in until he was 23, during the Tennessee bicentennial in Nashville, Tennessee. His role as "George Gibbs" in a production of "Our Town" turned out to be only the first in a long line of plays that he would do, first in Nashville and then, later, in North Carolina, Chicago and California. Although he spent the next four years selling advertising for two radio stations and then for the CBS affiliate in Nashville, Jamie's heart was already in another place and, after a short stint in North Carolina, he headed to Chicago to try his hand at acting full-time. In Chicago, his first role was as "Stanley" in "A Streetcar Named Desire" and his last was as the terrorist "Bebert" in the French farce "Lapin Lapin". In the years that came between the two, JD was a company member at The Griffin Theater and at Strawdog Theater Ensemble. He added a steady string of roles and accolades to his quickly growing list of achievements, including one of the leads in the world premiere of "Flesh and Blood", performing in and composing the music for "the Night Hank Williams Died", and his portrayal of Kentucky preacher "C.C. Showers" in "The Diviners" - which gained him a much coveted nomination for a Best Actor Joseph Jefferson Award (Chicago's only theater award). A small part in The Untouchables (1993) (the series, not the movie), JAG (1995), Sliders (1995) and Dark Skies (1996). A spot on Moloney (1996), a pilot for ABC called "L.A. Med" and a stint on the silver screen in That Old Feeling (1997), were preludes to his first appearance as "Mr. Lyle" on The Pretender (1996). Immediately afterward, JD made another pilot, this time for his own series, "The Hanleys". When ABC shelved the sitcom at the last minute, Denton continued producing chilling portrayals as "Mr. Lyle" on NBC's The Pretender (1996), as a series regular. Summer of 1999 found Jamie heading back to the theater, starring in the world premiere of the play, "In Walked Monk". During the 4th season of The Pretender (1996), Jamie added three more guest-starring roles to his credits - the first on Two Guys, a Girl and a Pizza Place (1998), another on Ally McBeal (1997) and the last on the hugely popular The West Wing (1999). That summer, he co-starred in "Asylum", at The Court Theatre and, at the end of the year, headed for Canada to film two MOWs for TNT - The Pretender 2001 (2001) and The Pretender: Island of the Haunted (2001). 2001 found Jamie back at ABC after Steven Bochco cast him as "Judge Augustus "Jack" Ripley", in his struggling new series, Philly (2001). Viewers liked "Judge Ripley" and hopes were high that the sizzling on-screen chemistry between Jamie's character and the one portrayed by Kim Delaney would convince ABC to give the show another season to improve its ratings. Ironically, Jamie was in Australia, promoting Philly (2001), when he received word that ABC had passed on renewing the show for a second season. Jamie ended 2002 with a two-part guest-starring role on The Drew Carey Show (1995). Jamie returned as a guest star on JAG (1995) in 2003, and pilot season landed him the opportunity to once again head up the cast of an ABC series in Threat Matrix (2003), a Touchstone production offering up fictionalized events relating to terrorist activity around the world. Jamie played "John Kilmer", the man who lead the ultra-covert team of anti-terrorist specialists and who answered solely to the President of the United States. The timely and serious role also gave Jamie the opportunity to change his professional billing from "Jamie Denton" to "James Denton". Only days before the annual up-fronts in New York, where the major networks announce their new fall season line-ups, ABC picked up the show for September, 2003. Although Threat Matrix (2003) held its own in one of the worst time-slots of the season (sandwiched between the hugely popular "Survivor" and the last season of Friends (1994)), ABC nonetheless pulled the series after only fourteen episodes aired (sixteen episodes were filmed). Threat Matrix (2003) was officially canceled on the same day as Jamie's role as "Mike Delfino" on Desperate Housewives (2004), a new ABC series scheduled for the Fall, was announced at the 2004 up-fronts in New York. On October 3, 2004, Desperate Housewives (2004) garnered incredible ratings with its debut episode and ABC picked up the rest of the first season before the end of the month. Less than three months later, Jamie was included in People Magazine's 2004 "Sexiest Men Alive" issue. During the

Dancer and the Dame