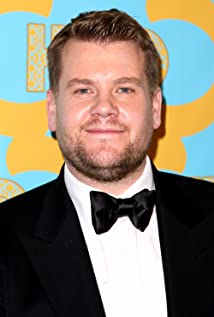 Describing himself as the "chunky unit", James Kimberley Corden was born in Hillingdon, London and raised in Buckinghamshire, the son of Margaret (Collins), a social worker, and Malcolm Corden, a musician. He studied drama at the Jackie Palmer Stage School before going on to Holmer Green Senior School, near High Wycombe. However, he admits that he had very little academic ambition and turned to acting, making his screen debut in the monochrome Shane Meadows film TwentyFourSeven (1997). After taking small roles in television drama series, he landed his first notable role as the teenage member of a slimming club in the British TV comedy-drama Fat Friends (2000). Shortly afterwards, he appeared on the London stage in Alan Bennett's play "The History Boys", taking part in its subsequent international tour, as well as the cinema adaptation. Whilst working on Fat Friends (2000), he met the Welsh actress Ruth Jones and, between them, they fashioned the sitcom (in which both also appear) Gavin & Stacey (2007), the big hit of the 2007 season, winning British Film Academy awards for them both as Best Comedy Show and for James as Best Comedy Actor. He also persuaded three of the erstwhile "History Boys" to make cameo appearances as Gavin's stag party friends. In 2011 he found fame as a stage actor in the acclaimed farce 'One Man, Two Guv'nors' transferring with it from London to Broadway, thus beginning Transatlantic success topped in 2015 when he became the host of CBS 'The Late, Late Show'.

Tiny Diamond Goes Back to School