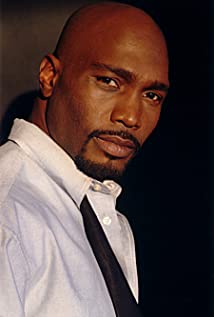 A onetime professional football player for the Cleveland Browns, James has always had a passion for the arts and pursued his passion even while playing for the Browns for two years as a running back. He also played for the Canadian team, The Ottawa Rough Riders.Many recall James as the security specialist, Michael Hailey, from the UPN drama "The Burning Zone." Some of James' other television credits include, "Bones," Navy: NCIS," "CSI: Miami," "All of Us," "Charmed," "Will and Grace," "Jag," "10-8," "Summerland," "Strong Medicine," and the HBO movies "Don King: Only in America," and "Criminal Intent," to name a few. His voiceover talents include a series regular role in the critically acclaimed claymation hit "The PJ's," which aired on the WB Network. James' talents aren't limited to the small screen. His notable parts in big screen include Godzilla, Out of Sight, with George Clooney and Soldier for Warner Brothers, where he played one of Kurt Russell's fellow soldiers. James has also had strong supporting roles in Substitute III and the hit movie Universal Soldier II.Most recently, James will be seen in the much anticipated CBS one hour drama "Moonlight" as Lt. Carl Davis. Also James can be seen playing a crazed stalker on the ABC Family drama, "Lincoln Heights," and on the TNT critically acclaimed show, "The Closer" as Lt. Xavier.However, James' talents don't end with acting;Putting his music degree from the University of Akron to work, he has appeared in the musical Big River, which he was nominated for a 2002 Ovation Award for best actor in a musical. He has also appeared in the musicals, Hair, Dawn of the Infinite Dreams, Sideshow, Kismet, Sheba as well as the play A Raisin in the Sun. In addition, in 2003 he directed the John Patrick Shanley play, The Italian American Reconciliation, at the Whitmore Lindly Theater in North Hollywood. Also in 2003, James made his directorial debut with the feature film Vault.In his spare time, James enjoys guitar, piano, martial arts, singing, snowboarding and the list goes on;..There isn't much this man can't do.