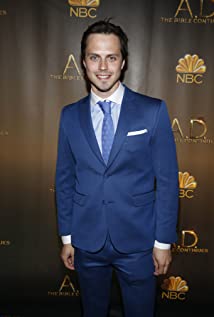 Jake Robinson was born in Ohio on May 23, 1990. He was raised in the Cincinnati suburb of Loveland. While a teenager, Jake discovered his love of acting, performing in numerous school plays and musicals. Jake relocated to New York where he found work in several independent productions. He picked up greater screen roles after his breakthrough on The Carrie Diaries (2013).

My Days of Mercy