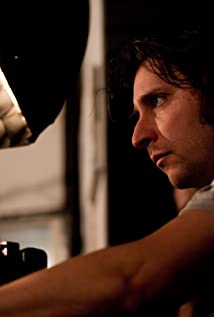 Jake studied cinematography at the American Film Institute and the Royal College of Art [London]. While at the RCA he was awarded the Freddie Young/ BSC Cinematography scholarship, and won the Arriflex award from his camera work on the short film STROWGER SWITCH in the Fuji Film Scholarship of 1996.After graduating he cut his teeth on hundreds of music videos and commercials, working with some of the biggest names in popular music - including Robbie Williams, the Kaiser Chiefs, James Blunt, Athlete, and Groove Armada - and was nominated for best cinematography at the CADS Music Video awards in 2002, 2005 and 2006, winning the award in 2004.He has lit many award winning short films including GRANDPA [director: Andy Shelley, Best Film, Greenwich Film Festival 2000], THE ARCHITECT [director: Luke Watson, Most Promising New Talent award, British Short Film Festival 1997], SWALLOWED [director: Olly Blackburn, Best Short Film, Karlovy Vary Film Festival 1997]. He shot the Film 4 funded short film, SONGS FOR MY MOTHER for artists JANE and LOUISE WILSON, and the 'North London Book of the Dead,' the first cinematic adaptation of any Will Self short story, for Jake Lushington [Newcomer award, Rushes Short Film Festival 2012].He has extensive experience in television with credits including Charlie Brooker's Emmy award winning BLACK MIRROR season 1 opener - 'The National Anthem,' the Doctor Who episode 'Journey to the Centre of the Tardis,' ITV's 'THE BLETCHLEY CIRCLE,' and the US series 'THE ASSETS,' an original ABC show about the CIA in the 80s.He was lead DP on Russell T Davies' series CUCUMBER, and shot the first three seasons of the Showtime series BILLIONS with Damian Lewis and Paul Giamatti.Jake has also gained valuable experience as a 2nd unit DP, working on movies including Enduring Love [Director: Roger Michell, DP Haris Zambarloukos BSC], Salmon Fishing in the Yemen [Director: Lasse Hallstrom, DP: Terry Stacey ASC], The World's End [Director: Edgar Wright, DP: Bill Pope ASC] and Divergent [Director: Neil Burger, DP Alwin Kuchler BSC].In 2003 he was invited to participate in the inaugural Berlin Talent Campus at the Berlin Film Festival, and was inspired to make SCHOOL OF LIFE [2004] - his first film as a director, which went on to win a BIFA for best short film.Jake is represented by the Gersh agency in the US, and by Andrew Naylor at United Agents in the UK. He is an active member of the British Society of Cinematographers.