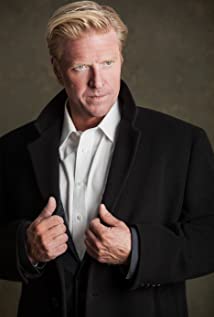 Jake spent his childhood in sunny southern California, as well as a plethora of film sets around the country. His childhood similar to a "military brat", a series of strung-together extended-stay location shoots, alternating with tours on the road with his father's various bands and associates. In a world of gypsies & artists, spending many years on tour buses and side-stage-studying such acts as Willie Nelson, Leon Russell, Little Feat, the Band, and Fleetwood Mac, Jake found his passion for music and performing live.Busey entered the industry at the age of 5 in his first motion picture, Dustin Hoffman's opus, "Straight Time" (1977) playing Son to his father and Cathy Bates, . After finishing high school at Crossroads School, and college in Santa Barbara , Jake returned to L.A to study the craft of acting for film seriously. He started auditioning at 20yrs old, and booked his first role in a PBS film, "Shimmer", shot on location in Iowa. Slowly but surely bit parts playing supporting characters in independent films would follow. After a few years of hard work and little returns, He was Cast as the villain in Showtimes "rebel highway series" Motorcycle Gang, by Director John Milius. The film was part of an 8 film series, and drew great attention amongst the "up and coming actor" buzz of hollywood. He made his true debut to the big screen in 1994 alongside Stephen Dorff and Reese Witherspoon in grind house grunge film "SFW", but that Buzz caught the eye of Robert Zemekis & Peter Jackson which led jake to star opposite Michael J. Fox in the Frighteners. .soon after wrapping, big changes came from a 3 page monologue about religion vs. science, when he landed "Contact" with Jodi Foster and Matthew McConnaghey. Then "Enemy of the State", then Vince Gilligan scribed "Home Fries," and most memorably as the smart-mouthed Private Ace Levy in the Sci-Fi cult classic "Starship Troopers." Jake was a force to be reckoned with in the late 1990's A-list film market. Then in the early 21st century, after the great success of "Identity", Jake took some risks with projects, leaps of faith, stepping up into starring roles in such studio disasters as "Tomcats" and "the First 20million is always the hardest", Films hyped to glory among the Hollywood machine, which failed miserably, and left him needing to reassess his position . It was time for a break.some time away was needed.After a few-year hiatus from acting as he pursued directing films, "road-tripping" the country , and playing in his band around hollywood, he was ready for his come-back. Jake blasted onscreen as a pyrotechnic specialist in the final season of FX's hit series "Justified", leaving many an audience member aghast, having thought he was a solid new addition to the show...alas, just a masterfully crafted cameo, blowing up in 30 seconds. When Robert Rodriguez cast him as the new Sex Machine for all three seasons of "From Dusk Till Dawn, Things started heating up again. In The History Channel mini-series "Texas Rising", Busey plays Samuel Wallace, the man credited with reciting the legendary warning, "Remember the Alamo!" directed by Roland Joffe.His recent projects include "Mr. Robot", and Stranger Things", Showtime's "Ray Donovan", CBS television's "NCIS" Episode 346(1516) , ABC's "Marvels agents of S.H.E.I.L.D.., Episode 513 & 519, and in the summer of 2018 he made his return to the summer tent-pole event scene with 20th Century Fox's "the_Predator".A bit of a modern-day Renaissance man, Jake's passions in life includes fatherhood, acting, desert racing, architecture, playing music, flying planes when necessary, and fabricating anything mechanical in his metal shop. .