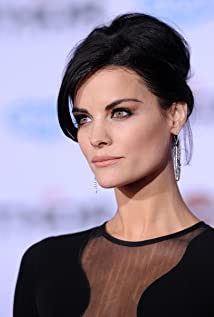 Jaimie Alexander was born in Greenville, South Carolina, but moved with her family to Grapevine, Texas, when she was four years old. She took theatre classes in grade school as a hobby but was kicked out in high school because she could not sing, and so she took up sports instead. At age 17 she substituted for a friend at a meeting with a scouting agency and she met her manager, Randy James, who sent her some scripts. After graduating from high school she moved to Los Angeles, California, to pursue acting.Her career was launched in 2003 when she was cast in the leading role of Hanna Thompson in the low-budget award-winning film The Other Side (2006). According to the DVD commentary, she was originally at the audition to help out by reading against the male actors, but director Gregg Bishop decided to cast her in the leading role after hearing her perform the lines. Her second role was in 2004 in Squirrel Trap (2004), in which she played the co-lead role of Sara. A year later she was cast as Jessi XX on the ABC Family series Kyle XY (2006), in which she played the role of a superhuman being created by scientists as a laboratory experiment. She was nominated for the Saturn Awards as "Best Supporting Actress on Television" for that role in 2008.Her biggest role came in 2011, when she was cast as Lady Sif, a warrior goddess of Asgard, in the blockbuster from Marvel Comics, Thor (2011). She later reprised her role in its sequel, Thor: The Dark World (2013).