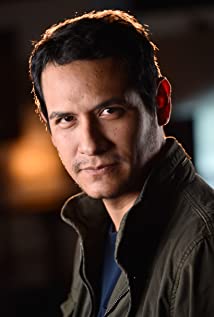 Born in Lima, Peru, Jaime Zevallos moved to New York at the age of three and grew up in both Queens and Great Neck, Long Island prior to moving to Los Angeles.His parents are of Spanish (Spain), indigenous Peruvian, and German Jewish descent. Originally bearing the Pittman surname, his ancestors assumed the name 'Zevallos' after migrating from Germany to Peru.Jaime's artistic side was evident from an early age, and he spent his teenage years as an infamous street artist. He started his acting career in New York while studying acting at HB Studio and film at C.W. Post Long Island University, and he got his first 'break' in Spike Lee's "Summer of Sam."While on vacation in Los Angeles, Jaime auditioned for Michael Eisner, and ended up booking a Series Regular role on the show, "Sam Has 7 Friends." Needless to say, Jaime's vacation turned into an official relocation, as he continued to book roles in films and various television shows, including "House M.D.", "Leverage", "Southland", "Sons of Anarchy", "American Horror Story", "The Bridge", and "Animal Kingdom."Jaime also wrote, directed, and starred in "Me You and Five Bucks" which had a limited theatrical run and won numerous film festival awards.His work on the stage has been featured in the LA Times, including his roles at the Sacred Fools Theatre Company, The Actor's PlayPen, and CASA0101, run by Josefina Lopez.Jaime was named "one of the 25 most influential Latinos in Los Angeles" by Latino Leaders Magazine. He spends his time between New York and Los Angeles.