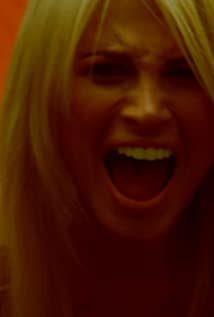 Jacqui Holland was born in the suburbs of Cincinnati, Ohio. After many a wretched snowy winter, she headed to Hollywood to put her acting and writing skills to work. Once arriving, Jacqui landed roles in several sitcoms, including How I Met Your Mother, Desperate Housewives and Suburgatory. She also appeared in numerous films, including Hollywood Sex Wars and My Best Friend's Girl opposite Kate Hudson. In 2012, Jacqui added feature film Producer and Writer to her resume with Silent But Deadly. She also won Best Actress at The International Hoboken Film Festival for her role in the film. Most recently, she starred and produced the stylish horror/dark comedy Two Faced. Jacqui continues to expand her horizons, writing, producing and acting. When she's not working, Jacqui enjoys hiking, Kundalini yoga and medicinal cookies. She is also the proud mother of two Pomeranians; Bunny and Boots.

Legend of the Naked Ghost

Walking with the Dead