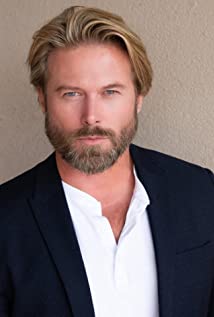 Jacob Wayne Young was born in Renton, Washington, to now-divorced parents Michael and Rhonda, joining siblings Michael, Tiffany and Charity. After spending his childhood in both Washington and Oregon, he caught the acting bug doing high-school musicals. Without any prior professional acting work on his resume, Young scored big at the tender age of 18 when he landed the part of Eric Forrester Jr, called Rick, on the daytime drama The Bold and the Beautiful (1987). Following his debut on December 31, 1997 the newcomer quickly gained frontburner-status and formed a highly popular love couple with Adrienne Frantz's Amber Moore. Despite earning a Daytime Emmy nomination in 1999 and getting the chance to incorporate his singing ambitions on the show, Young opted to leave amidst a red-hot storyline to pursue other opportunities in the Fall of 1999. In 2000, Young landed the coveted recast role of Lucky, son of Luke and Laura Spencer on General Hospital (1963), for which he won the 2002 Daytime Emmy as Outstanding Younger Actor. He left this show in February 2003 looking to spread his wings. Surprisingly, Young returned to daytime television a mere 6-months-later once again taking over the highly coveted part of the son of a core patriarch: now stepping in as JR Chandler on All My Children (1970). This role caused the actor to move to New York City - and as part of the deal Young got to make his Broadway debut, playing Lumiére from May to August 2006 in Disney's "Beauty and the Beast". He had previously released an eponymous CD, Jacob Young, in 2001. For his work on "All My Children" Young received two further Daytime Emmy Nominations, including one as Outstanding Supporting Actor in 2009. He stayed with the show - also playing the same role on sister-show One Life to Live (1968) on several occasions during a highly-rated baby switch-storyline - until its cancellation in 2011. Proving his track record as being one of the most-sought actors of his generation amongst soap opera executives, Young was instantly snatched up by The Bold And The Beautiful. After returning to the series that started his career, Young is once again playing Rick Forrester on the CBS daytime drama and in 2012 also brought his character to The Young and the Restless (1973) for a one-day-visit. Young is married to his longtime girlfriend, Christen Steward, a model, since May 2007 and the couple shares two children.

Christmas Made to Order

The Beach Boys: An American Family