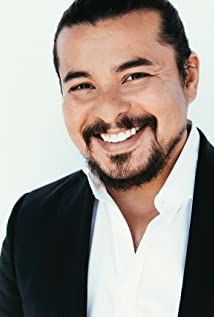 Jacob Vargas began his acting career when he was discovered breakdancing in a schoolyard at age 12. His introduction to acting came with a bit part as a breakdancer on the hit TV show Diff'rent Strokes (1978). In 1995 he won the very first ALMA Award (for Emerging Artist of the Year) for his work in both Allison Anders' Mi vida loca (1993) and Gregory Nava's My Family (1995). He later starred in films such as Selena (1997), Get Shorty (1995), American Me (1992), Romy and Michele's High School Reunion (1997) and the cult favorite Next Friday (2000) as Ice Cube's nemesis, Joker. He later shined as Tijuana cop Manolo, 'Benicio del Toro''s partner in Steven Soderbergh's Academy Award- winning film Traffic (2000), which earned him a Screen Actors Guild Award and another ALMA Award. He then made us laugh as Sammy the chef in John Moore's Flight of the Phoenix (2004) and brought depth to Marine sniper Cortez in Academy Award-winning director Sam Mendes' war drama Jarhead (2005). In 2006 he starred as a straight-arrow DEA agent opposite Laurence Fishburne and Paul Walker in the action drama _Death and Life of Bobby Z, The (2006)_ and joined an all-star cast as a politically charged busboy in Emilio Estevez's historical drama Bobby (2006) and played a psychologically tortured drone pilot in Alex Rivera's sci-fi political love story _Sleep Dealer, The (2006)_. Not satisfied with just being labeled as an actor, he has also been focusing his talents on writing and producing through his production company, Third Son Productions. In 2001 he executive produced and starred in the independent film Road Dogz (2002). He also co-produced and starred in the stage play "Latinologues", which ran on Broadway in 2005 and is available on DVD. Through Third Son Productions, he is currently developing several feature film and television projects.