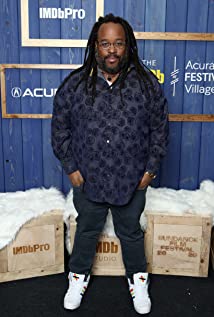 Jacob was born in Boston and raised in Pittsburgh, where he auditioned and booked his first play at age eleven. His arts education started at the performing arts middle school followed by the Pittsburgh Creative and Performing Arts high school before moving to New York City at seventeen to train at the Stella Adler Conservatory. During his first year, he was accepted into the Public Theater in NYC's Shakespeare Lab where he was the youngest person ever accepted. After completing the program, he was the youngest person ever accepted into the American Conservatory Theaters M.F.A Program. Jacob has been blessed to perform several shows on Broadway and Off-Broadway, theatres in Birmingham and London, England as well as having worked in 48 of the 50 states. He has worked with Pulitzer Prize winning playwrights; such as, David Lindsay-Abaire, Jeanine Tesori, Beth Henley, Doug Wright, Quiara Alegría Hudes and Suzan Lori Parks. His most successful collaboration was with Ms. Parks on her play "Father Comes Home from the Wars". The play was won several awards including the Pulitzer, the Lucille Lortel and the IRNE. Jacob played Odesee the Dog for which he won the Lucille Lortel Award for Best Supporting Actor in a Play. He has recently turned his attention to film and television, where he has had the opportunity to work with great artists like Julie Taymor, Alec Baldwin, David Schwimmer, Andrew McCarthy, Richard Chamberlain, Zach Galifianakis, Ted Danson, Chris Noth and Brain Darcy James. He thanks all his family, friends, agents and managers for there support.