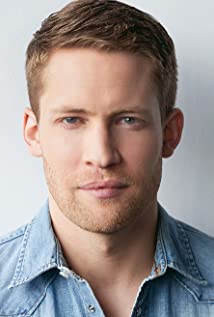 The youngest of three, Blair was born in Red Deer, Alberta, Canada. He lived on a pig farm just outside of Ponoka, Alberta until the age of four, when his family moved to Red Deer. His mother, Deborah, is a nurse, and his father, Warren, is an entrepreneur and owner of a telecommunications business. Blair, took to sports and academics all throughout school, specifically excelling in Hockey, Volleyball, Soccer, English and Sports Medicine. He began his acting career in 2003 in his first year of college. Focusing on a commerce degree, he filled his course load with drama classes, hoping to raise his GPA. At the conclusion of the first semester, he quickly changed his career direction after finding his true passion. In the spring of 2004, he was accepted into and in 2007 graduated from the highly acclaimed professional theatre training program at Studio 58 in Vancouver, BC. Having appearances on such TV programs as Bionic Woman (2007), Battlestar Galactica (2007), and The L Word (2008), Blair's first recurring role came with the show Aliens in America (2007) where he played the popular quarterback 'Dan Archer.' Since moving to Toronto, he has been seen in the TV series' Suits (2013), Beauty and the Beast (2014), Republic of Doyle (2014), Rookie Blue (2014). He has also had the pleasure of working with Black Walk Films for the TV series Dark Rising: Warrior of Worlds and Good Soldier Films for the feature films Night Cries and Country Crush. Recently he has been seen in the leading role of 'William Pinkerton' for the TV series, The Pinkertons which can be seen on CHCH and Netflix. Blair also still performs in various theatre productions throughout Canada. Also a part-time, laid-back musician, Blair studies music theory while playing classical guitar, and likes to plunk away on the piano. Blair resides in Toronto, Ontario with his wife and son.

Was I Really Kidnapped?